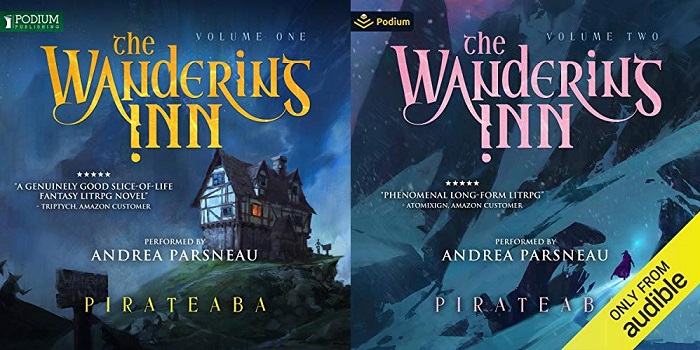 So reads the sign outside of the Wandering Inn, a small building run by a young woman named Erin Solstice. She serves pasta with sausage, blue fruit juice, and dead acid flies on request. And she comes from another world. Ours.

It’s a bad day when Erin finds herself transported to a fantastical world and nearly gets eaten by a dragon. She doesn’t belong in a place where monster attacks are a fact of life, and where humans are one species among many. But she must adapt to her new life. Or die.

In a dangerous world where magic is real and people can level up and gain classes, Erin Solstice must battle somewhat evil goblins, deadly rock crabs, and hungry [necromancers]. She is no warrior, no mage. Erin Solstice runs an inn. 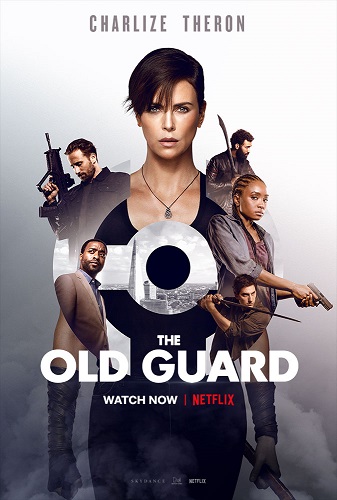 Plot A covert team of immortal mercenaries are suddenly exposed and must now fight to keep their identity a secret just as an unexpected new member...
Movies
0 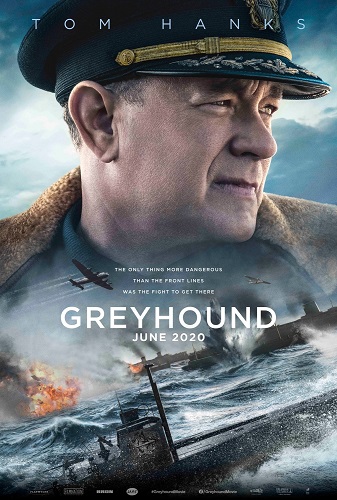 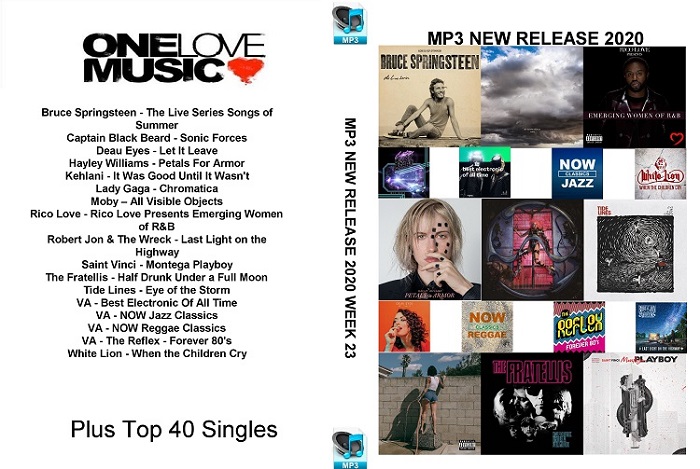 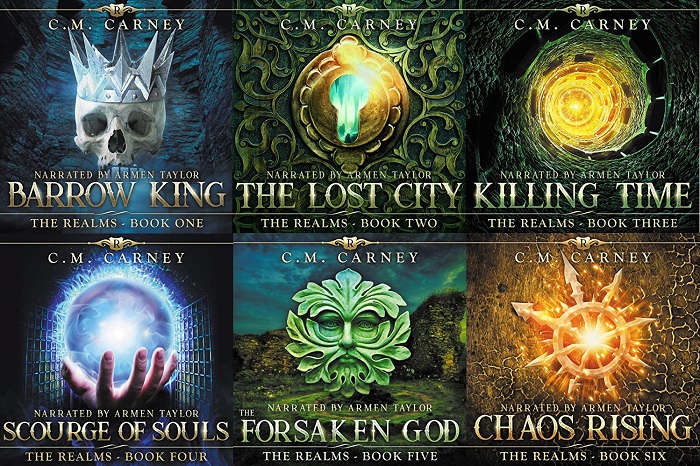 Betrayed by those closest to him, Finn Caldwell thought he’d escaped his life of violence and deception. But when a frantic message from his estranged sister draws him into The Realms, the world’s most advanced holographic reality game, Finn is forced to embrace his deadly skills once more.

Armed with a mysterious artifact known as a Godhead, Finn becomes the warrior-mage Gryph. Yet, things are not as they seem and to save his sister, he must escape a sentient dungeon by defeating its master, the Barrow King.
eBooks / Magazines / Comics / Audiobooks
0 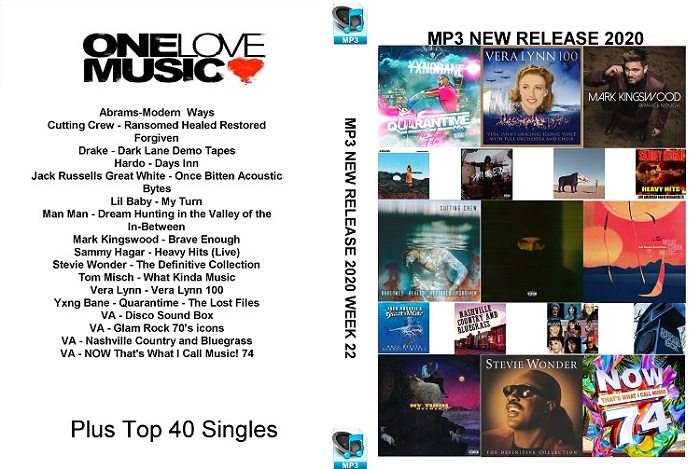 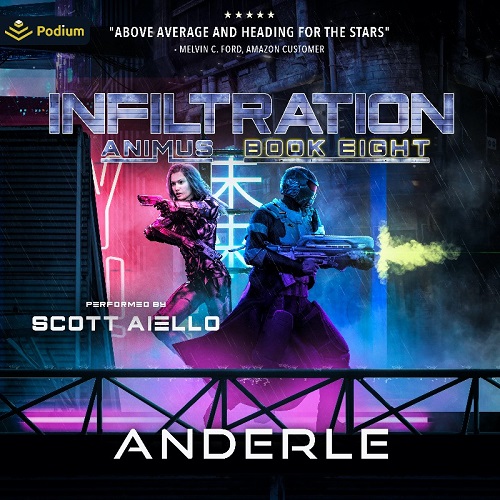 It was just one fight, but it changed Kaiden Jericho’s life forever.

He was in a gang but was trying to change his future, when a board member of the elite advanced academy NEXUS made a snap decision and offered him a chance.

Then fate, or an unbalanced genius, offered him another.

The Nexus Academy is for the elite trainees from Earth, and now trials from our alien allies, as they teach the future generation how to fight, lead, hack, spy, and many other talents and tactics.
eBooks / Magazines / Comics / Audiobooks
0 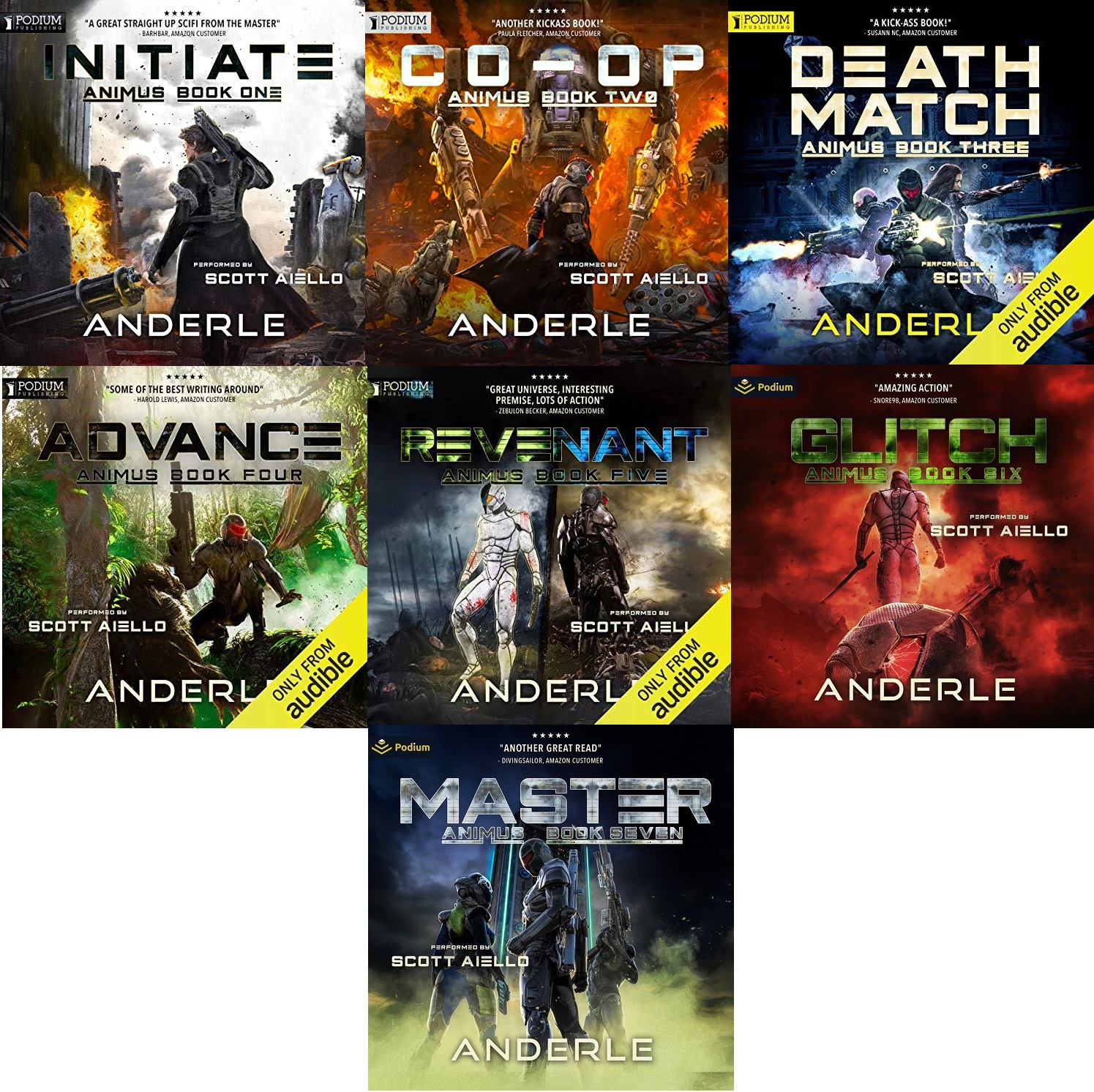 It was just one fight, but it changed Kaiden Jericho’s life forever.

He was in a gang but was trying to change his future, when a board member of the elite advanced academy NEXUS made a snap decision and offered him a chance.

Then fate, or an unbalanced genius, offered him another.

The Nexus Academy is for the elite trainees from Earth, and now trials from our alien allies, as they teach the future generation how to fight, lead, hack, spy, and many other talents and tactics.

Hired by companies, governments, and NGOs, these graduates work to pay off the massive debt their training at the academy accumulates.
eBooks / Magazines / Comics / Audiobooks
0 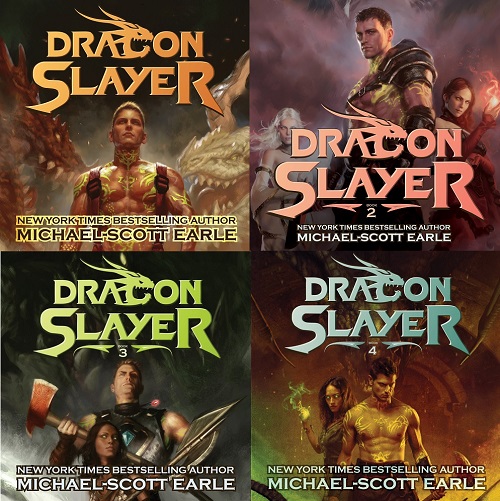 Chicago firefighter Ethan DePaolo expected to die when a flaming building collapsed on him during a rescue. Instead, he was teleported away by the watchful god of a fantasy world and asked to be a hero once more.

Armed with magic tattoos and his trusty fireman’s axe, Ethan sets out to rid this new world of the dragon scourge. But when his magic works in unexpected ways, he learns he has unmatched power to dominate his winged serpent enemies.

Or anyone else that stands in his way.
eBooks / Magazines / Comics / Audiobooks
0 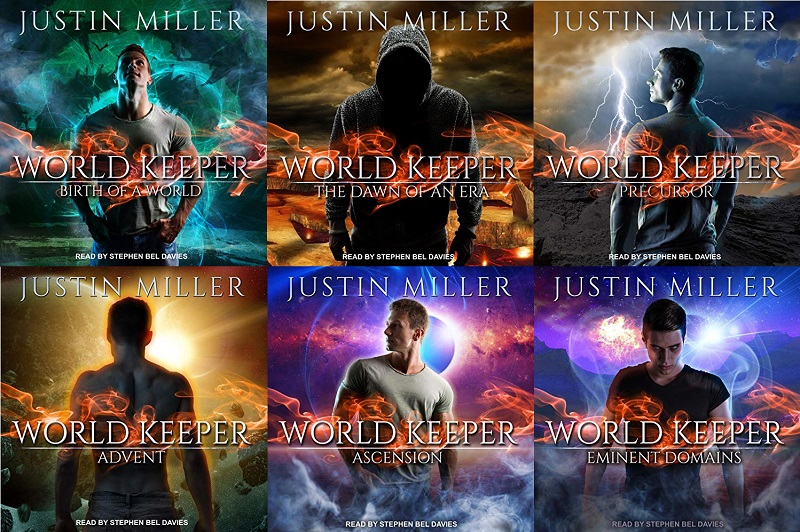 Join Dale Mitchell, your run-of-the-mill truck driver. Until one day, he accidentally runs someone over. Now, through a series of strange and unforeseeable circumstances, he has become anything but normal.

A story of magic, of a history that never was, and of a man trying to go through his day-to-day life while managing the affairs of an entire world. Join Dale Mitchell on his journey.
eBooks / Magazines / Comics / Audiobooks
0 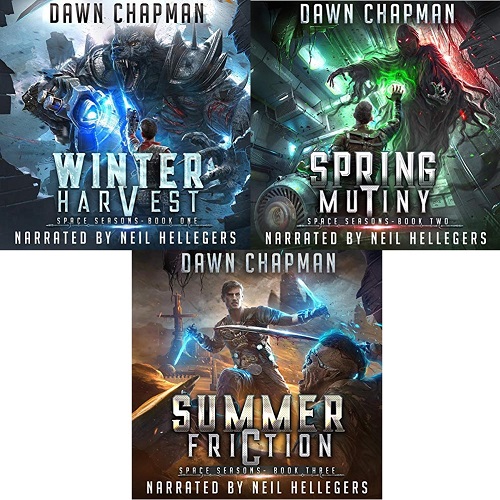 After failing the most important exam of his life, Kyle is forced into a VR war. Now, he fights on the front lines as cannon fodder for what he always assumed was the government, losing a little part of his memories with every virtual death.
eBooks / Magazines / Comics / Audiobooks
0 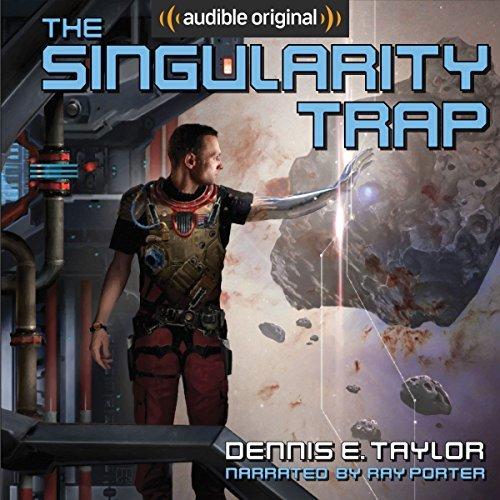 Dennis E. Taylor, author of the best-selling Bobiverse trilogy, explores a whole different, darker world in this sci-fi stand-alone. Determined to give his wife and children a better life back home, Ivan Pritchard ventures to the edge of known space to join the crew of the Mad Astra as an asteroid miner. He's prepared for hard work and loneliness—but not the unthinkable. After coming into contact with a mysterious alien substance, Pritchard finds an unwelcome entity sharing his mind, and a disturbing physical transformation taking place. With his very humanity at stake, Pritchard must save mankind from a full-scale interstellar war.

Brought to life by prolific, award-winning narrator Ray Porter, The Singularity Trap is a thrilling adventure rife with drama and action on a truly cosmic scale.
eBooks / Magazines / Comics / Audiobooks
0 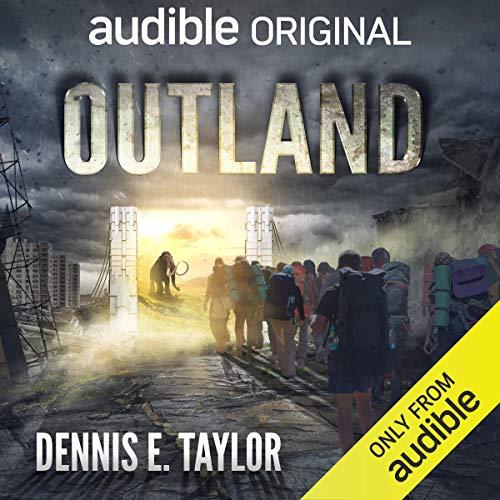 When the Yellowstone supervolcano erupts, it's up to six college students and their experimental physics project to prevent the end of civilization.

When an experiment to study quantum uncertainty goes spectacularly wrong, physics student Bill Rustad and his friends find that they have accidentally created an inter-dimensional portal. They connect to Outland - an alternate Earth with identical geology, but where humans never evolved. The group races to establish control of the portal before the government, the military, or evildoers can take it away.
eBooks / Magazines / Comics / Audiobooks
0 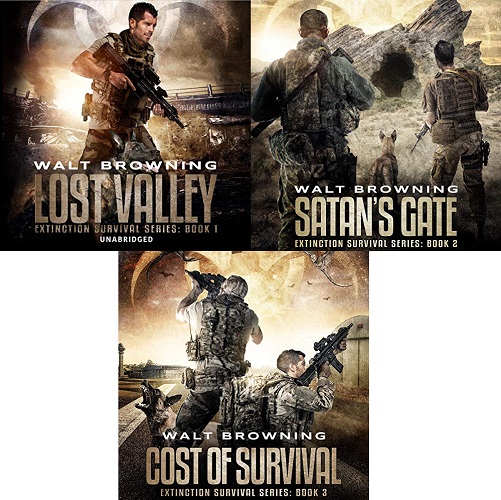 War has a way of following some people....

John Eric Carver and Shrek are a retired Navy SEAL war dog team, now living in the mountains outside of San Diego. Both man and dog thought their life was now settled, finding peace on the 40-acre ranch they had moved to. But life, and a mutated virus, changed all that.

Now, they have to survive a worldwide pandemic. Taking refuge in a nearby Boy Scout camp, he leads a group of teens and their parents as they are forced to deal with infected creatures that are rapidly consuming the world. Will John and Shrek survive another war, or will this be the end of the line for the SEAL team?
eBooks / Magazines / Comics / Audiobooks
0

Miles Boone is finally an adult and able to roll up his permanent character. He will join the Game that the world has become. Most of the planet is now dominated by feral AIs and nano who behave as all the monsters of man’s imagination. Every adult left alive plays, striving to keep the the AI and nano from wiping us out completely. Success in the Game is survival itself. Success in the Game is success in life. If only the game wasn’t rigged against anyone who isn’t a member of the Party.
eBooks / Magazines / Comics / Audiobooks
0 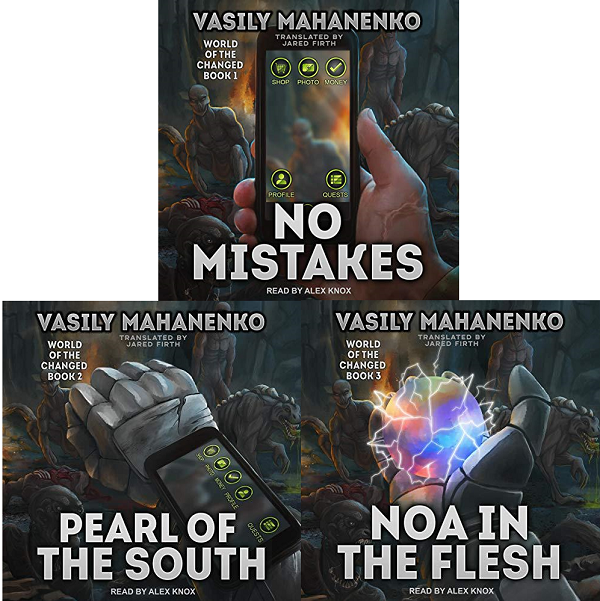 Let's go! A new, ultramodern mobile game, and the release is just two days away. Be the best, save the planet! Who's going to fight back the monster invasion if you don't? Prerelease already available, no text alerts or payment required.

World of the Changed completely modified human consciousness. The incredible graphics that worked even on the simplest of phones. The intuitive interface that made the game accessible for absolutely anyone. The aggressive marketing campaign that put news about the game on every TV, every phone, every tablet. By the time the launch was a few days away, an entire army of fans was out there waiting for just one thing: Hour X. That was what the mysterious developers were calling the release time.

But did anyone have a clue what Hour X would unleash on them? Were they ready to pay the price the game demanded? Mark Derwin, a student, was just one of many to have no idea what kind of fate awaited him in the game. All he cared about was jumping into the prerelease as soon as it came out.
eBooks / Magazines / Comics / Audiobooks
0 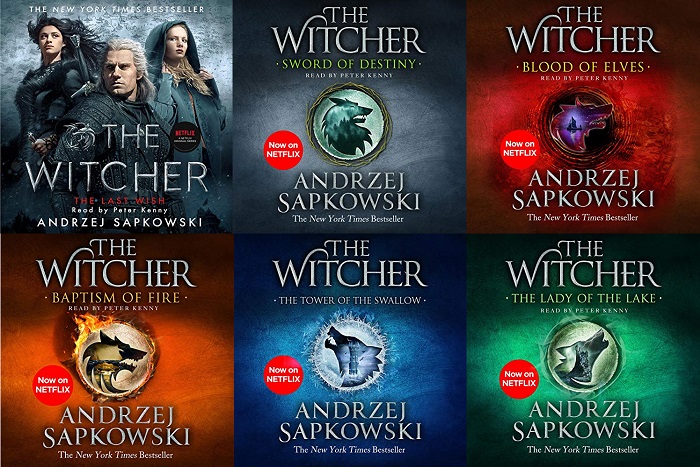 Geralt of Rivia is The Witcher, a merciless hunter trained from an early age to slay deadly beasts. Now he must protect a prophesied child who has the power to change the world for good—or evil.

Listen as award-winning narrator Peter Kenny transports you to a world fraught with tension and intrigue. His powerful performance brings to life action-packed scenes and captures the nuances of each and every character. With more than 50 audiobooks to his credit, Kenny’s narration is a truly magical listening experience that marries fantasy, historical fiction and adventure.
eBooks / Magazines / Comics / Audiobooks
0 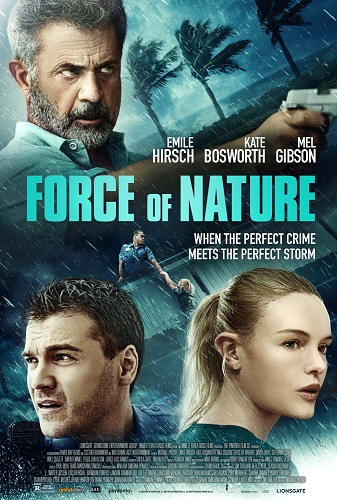