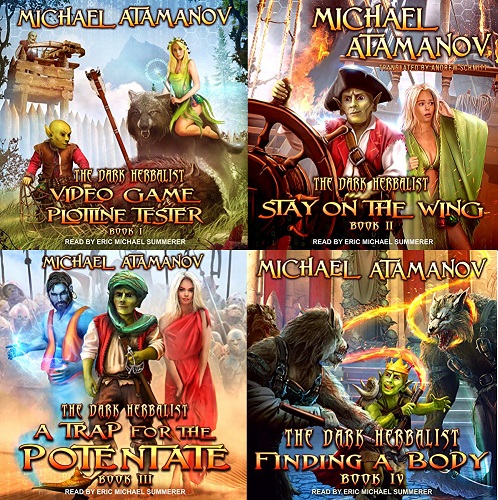 Would you be prepared to work for free? How would you like to bust your hump for a large corporation 60-plus hours a week without a wage or a single day off for the vague promise of some mysterious perks in the distant future?

You'd refuse point blank, wouldn't you? But what if the job in question was playing a state-of-the-art fantasy MMORPG game? And what if this was the only thing you're really good at? Especially considering that your in-game partner is someone really special to you - and this person already lives a virtual life?

Knowing all this, would you consider the mysterious future bonus worth your while?
eBooks / Magazines / Comics / Audiobooks
0 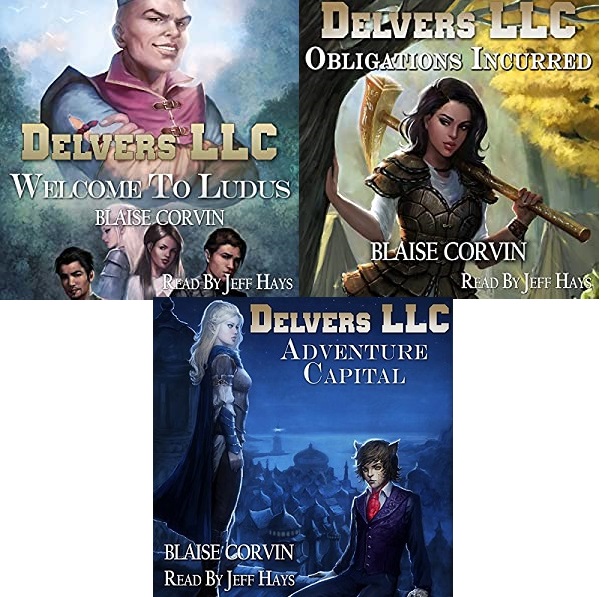 Henry and Jason led normal lives in Seattle before they were abducted to another world. Their kidnapper, the vain, self-styled god Dolos, refuses to send them back unless they can accomplish an impossible task. Oddly, Dolos doesn't seem to care if they succeed or not.

Luckily, Henry and Jason studied Historical European Martial Arts (HEMA) on Earth. Unfortunately, a Japanese American EMT and a geeky IT programmer don't have many other useful skills on a sword-and-sorcery world like Ludus
eBooks / Magazines / Comics / Audiobooks
0 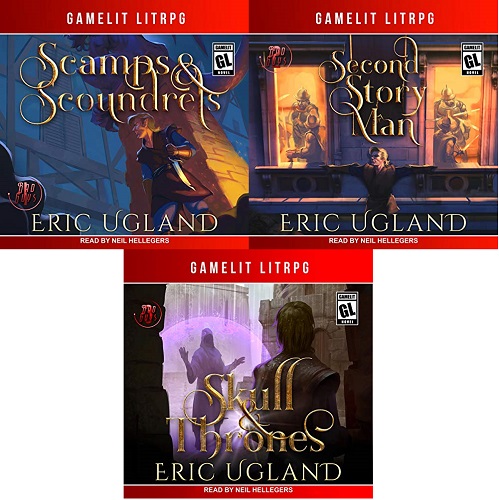 Just yesterday, Ben was a neckbeard weeb with a weakness for Red Bull and tendies. Today, he's got a new name, a new face, and a new body, and he's watching the Glaton City Guard fight a 20-foot-tall ooze that crawled forth from the sewers. Tomorrow, he'll need to find a guild to join, save a girl, steal a crown, and most importantly, convince an innkeep about the gloriousness of chicken fingers.
eBooks / Magazines / Comics / Audiobooks
0 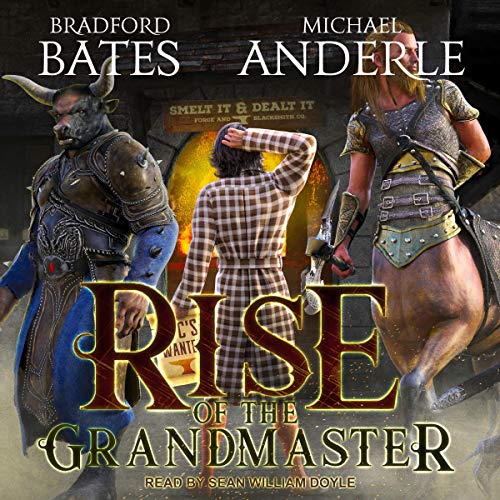 Some people just knew how to go out in style. Tim had never been one of those guys.
Tim was always a planner. The plan was to get into college, graduate, and find a well-paying job.
That plan was coming together nicely until he saw a presentation to get paid to play The Etheric Coast. At his graduation ceremony.

After watching the company's employee recruitment video, Big Richie's words had a whole new meaning. He could spend his life going from a cubicle at work to a one-bedroom apartment and back again...or he could take a leap of faith by entering a virtual world of unlimited possibilities. And get paid.
eBooks / Magazines / Comics / Audiobooks
0 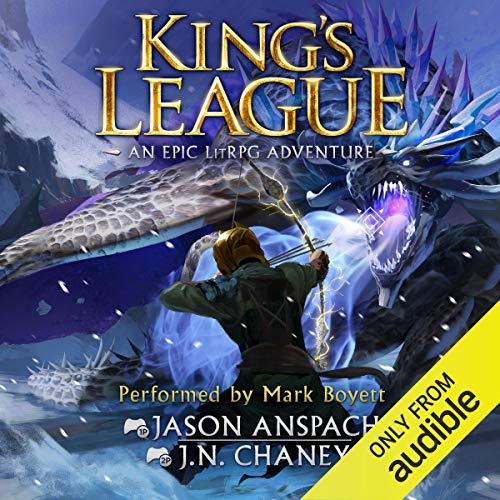 King's League is more than a game...it's a way of life.

For recently expelled college dropout Dirk Wilson, picking up and re-selling other player's scraps from cleared dungeons and side quests gone sideways is the only thing keeping him from living on the streets.

Tired of ramen noodles, past-due notices, and feeling like his future is over before it ever started, Dirk decides that if he's going to make something of himself, it'll be within the game, taking advantage of the real-life payouts from selling in-game goods on King's League's River Market.

But the game leaves little margin for error, and Dirk's virtual problems grow as large as his real-life ones as he discovers a powerful conspiracy that impacts players from level one to level 99.
eBooks / Magazines / Comics / Audiobooks
0 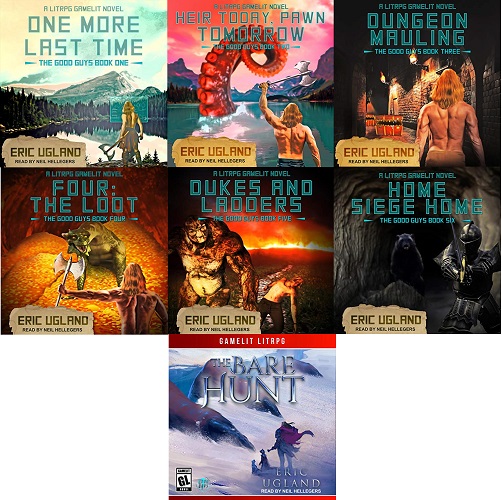 A ruined life. A broken heart.

He thought it was the end, and his gun sat ready to make sure. But an oddball offer from his last friend comes at the literal last second. Curiosity gets the best of him, and he finds himself sucked into iNcarn8, a game claiming to be a whole new life.

Now, as Montana, the larger-than-life tank warrior, he has one more last time to get his life right.
eBooks / Magazines / Comics / Audiobooks
0 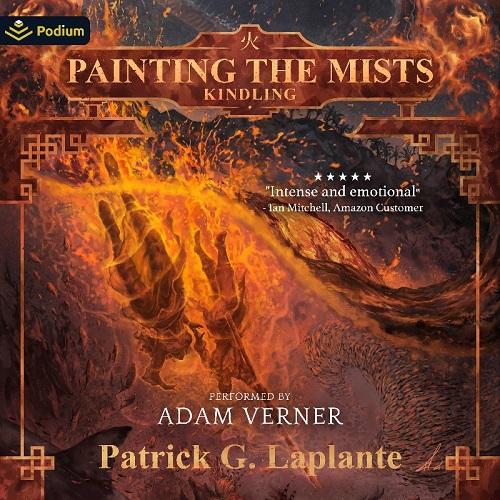 On a Jade Moon between the stars, Cha Ming finds true love. But can he save her?

Cha Ming’s qi core is broken. Practicing martial arts is difficult and painful. But the Monkey King is fading fast, and he’ll need something stronger than mortal medicine to recover.

To that end, Cha Ming must cross the Bridge of Stars. The competition is stiff, and it will be hard to pass, even with the three-tailed fox Huxian by his side. It’s a good thing he meets a pretty lady who’s only too happy to help.
eBooks / Magazines / Comics / Audiobooks
0 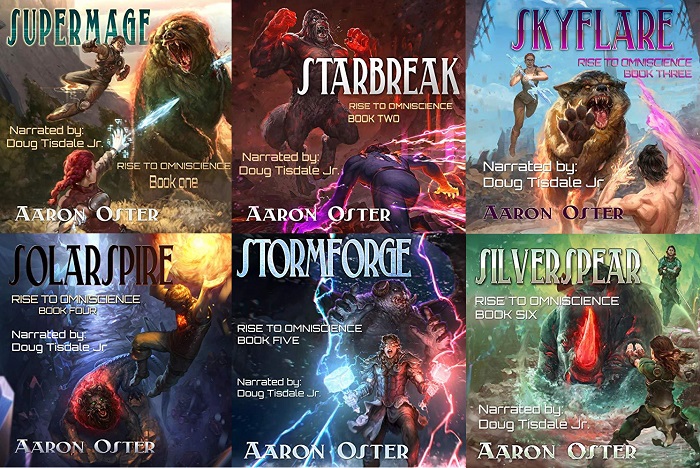 Morgan's life is not easy. Growing up on the streets of City Four, he is constantly shunned by the other citizens. Morgan doesn't mind being ignored. What he does mind, though, are the constant beatings from the city guards due to his friendship with Sarah, the city lord's only daughter. Lord Simon wants him dead, but the laws of the kingdom are on Morgan’s side and even the guards won't kill him, just for being seen near his manor.

Morgan’s time is running out, though. Lord Simon has deep pockets and his last visit to the manor may just have put him over the edge. Worse, he is nearing his 16th birthday, and has yet to awaken any abilities. In a world where might makes right, he has never been one of the mighty. What will he do when faced with a life altering decision and just how will his decision impact those around him?

Warning: This book contains profanity, gore, and content that may not be suitable for children.
eBooks / Magazines / Comics / Audiobooks
0 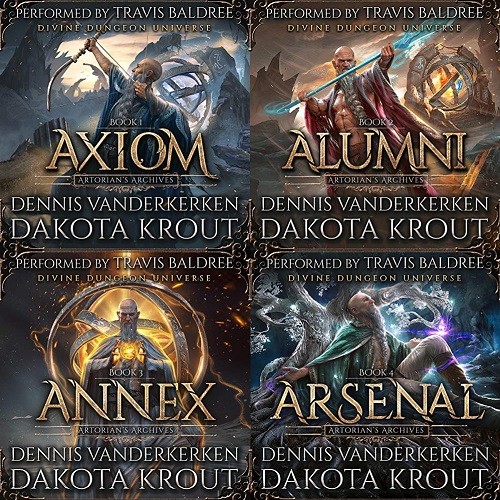 A town put to the sword. The young forcibly recruited. An old man out for revenge.

After his town is put to the sword and the children are taken to replace the fallen, an old man is out for revenge. He’s ready to fail at the most difficult challenge in the world: cultivation.

Too corrupted to even take the first steps, the sly old elder simply agreed with those who told him that it was impossible. Then, he quietly ignored them, rubbed his hands together, and started anyway. He had always failed in what he did: He lost his way from the academy, his command was devastated by a mage, he lost his town, and now his last hopes for the future had been stolen by a group of raiders. The only thing that had never failed him was his sharp mind and philosophy. He would cultivate...no matter what it cost him.

A lifetime of failure can dull and dampen a soul. A reason to live, a goal, can change that in an instant. It is always darkest just before the dawn.
eBooks / Magazines / Comics / Audiobooks
0 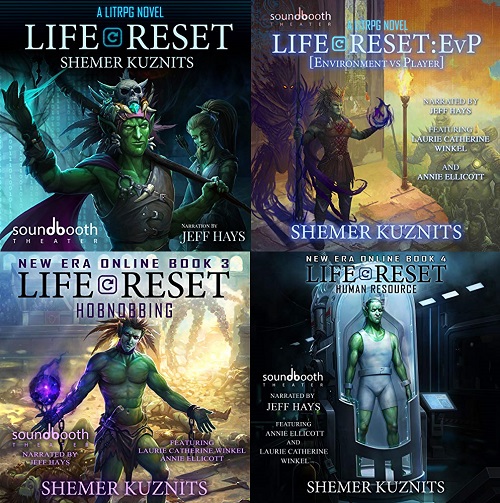 After being betrayed and cursed by an extremely rare spell, Oren, a powerful and influential player, finds himself as a first-level goblin!

Without even a fraction of his previous power, he vows to pull through and have revenge on those who betrayed him.

His thorough knowledge of the game's world and his unique ability to immerse himself entirely are his only advantages. But first, he must figure out how to survive long enough playing what is basically a low-level fodder monster!
eBooks / Magazines / Comics / Audiobooks
0

The Way of the Shaman Series Book 1-7 - Vasily Mahanenko 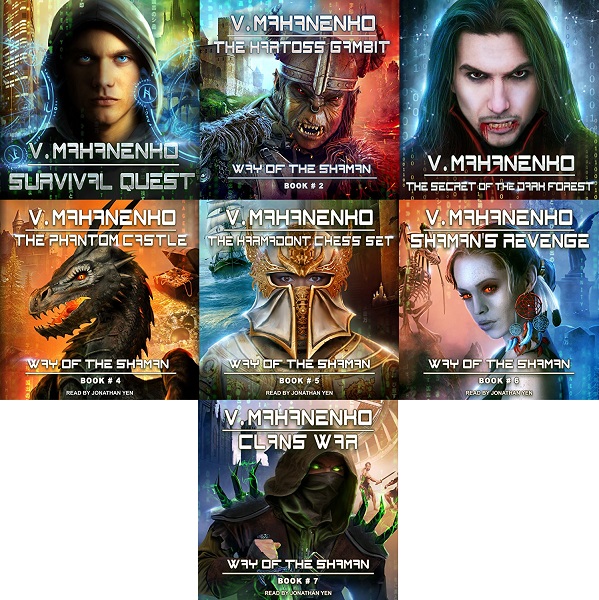 Barliona: a virtual world jam-packed with monsters, battles - and, predictably, players. Millions of them come to Barliona, looking forward to the things they can't get in real life: elves and magic, dragons and princesses, and unforgettable combat. The game has become so popular that players now choose to spend months online without returning home. In Barliona, anything goes: You can assault fellow players, level up, become a mythical hero, a wizard, or a legendary thief. The only rule that attempted to regulate the game demanded that no player be allowed to feel actual pain. But there's an exception to every rule. For a certain bunch of players, Barliona has become their personal hell. They are criminals sent to Barliona to serve their time. They aren't in it for the dragons' gold or the abundant loot. All they want is to survive the virtual inferno. They face the ultimate survival quest.
eBooks / Magazines / Comics / Audiobooks
0 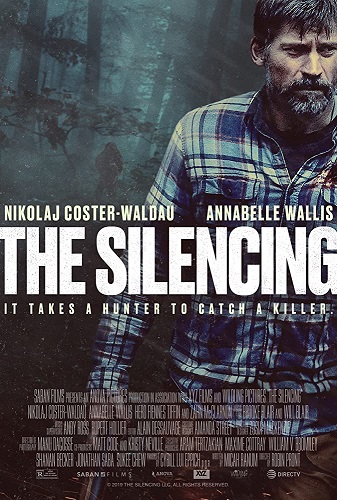 Plot A reformed hunter living in isolation on a wildlife sanctuary becomes involved in a deadly game of cat and mouse when he and the local Sheriff...
Movies
0 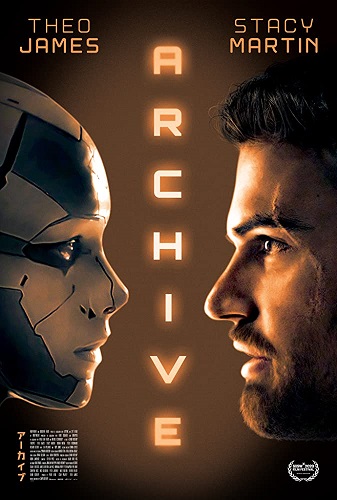 Plot 2038: George Almore is working on a true human-equivalent AI. His latest prototype is almost ready. This sensitive phase is also the riskiest. Especially as he has...
Movies
0 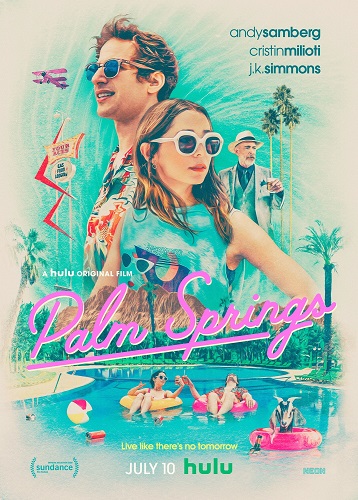 Plot Palm Springs is a movie starring Andy Samberg, Cristin Milioti, and J.K. Simmons. When carefree Nyles and reluctant maid of honor Sarah have a chance encounter at a Palm Springs wedding, things get complicated as they are unable to...
Movies
0 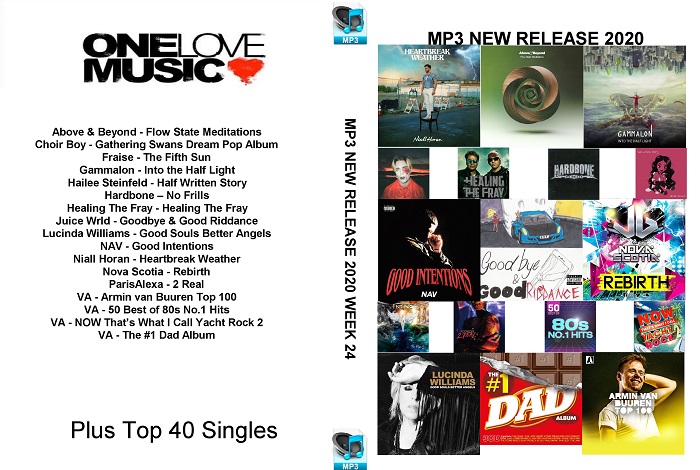 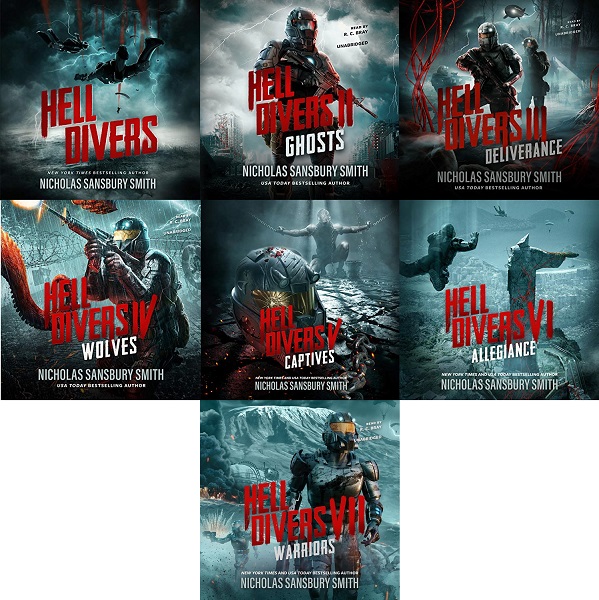 More than two centuries after World War III poisoned the planet, the final bastion of humanity lives on massive airships circling the globe in search of a habitable area to call home. Aging and outdated, most of the ships plummeted back to Earth long ago. The only thing keeping the two surviving lifeboats in the sky are Hell Divers - men and women who risk their lives by skydiving to the surface to scavenge for parts the ships desperately need.

When one of the remaining airships is damaged in an electrical storm, a Hell Diver team is deployed to a hostile zone called Hades. But there's something down there far worse than the mutated creatures discovered on dives in the past - something that threatens the fragile future of humanity.
eBooks / Magazines / Comics / Audiobooks
0 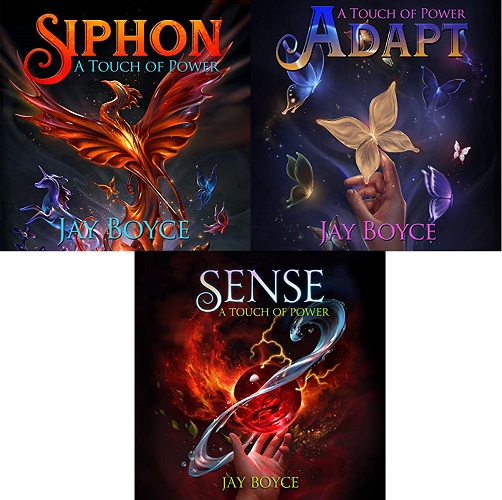 Jade has spent her life fighting boredom in the terminally ill ward. Surfing the net or reading, she always envied the ability of others to go out and experience the world. She knew her wish to live a normal life was far beyond her reach, but after waking up one morning without the sounds of her life support, she opens her eyes and finds herself with a weak but healthy body in a magical world.

As blue gamelike system notifications fill her vision, she knows she'll have to adapt quickly in order to survive, but this is all she ever dreamed of, so Jade is up to the challenge. She will soon realize that you need to be careful what you wish for.
eBooks / Magazines / Comics / Audiobooks
0 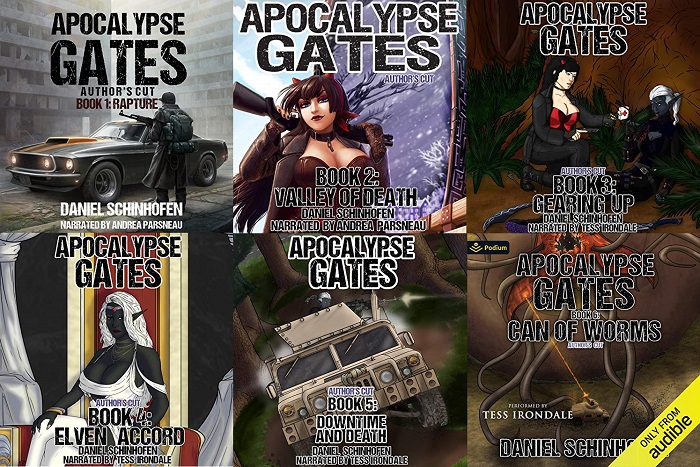 Alvin woke in a room that was not his, to discover that he had died and his brain had been bargained off cheaply to pay off someone else’s debt. It did not sit well with him. It didn’t surprise him that even in death, people were still using him for their own purposes. He had never exactly been a good guy, but everyone had their breaking point, and he had found his.
eBooks / Magazines / Comics / Audiobooks
0 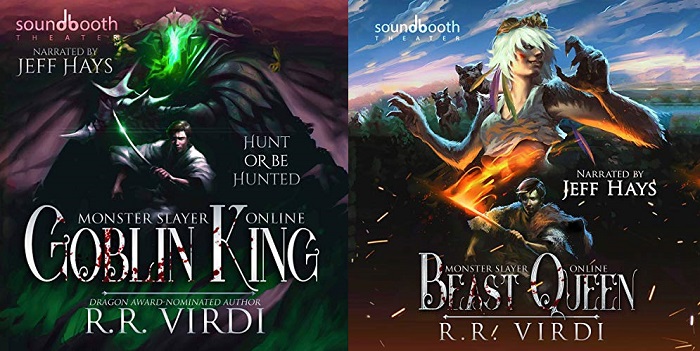 To earn a second chance at life, Devrim Bains must die and enter a virtual world of monsters and mayhem. Let's just hope one death is all it will take, because he can't afford another.