Plot In the 24th century, a disparate band of antiheroes unravel a vast conspiracy that threatens the Solar Systems fragile state of cold war.
TV Shows
0 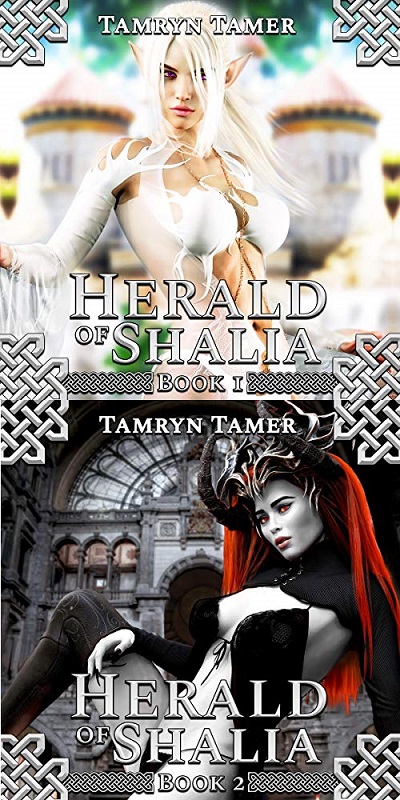 A village full of gorgeous elves desperate to be loved? There had to be a catch.

Sebastian Frost’s most recent memory was waking up in a field naked, in a body that wasn’t his own, in a world that definitely wasn’t his own, and three stunning pointy-eared women staring right at him. He also remembered hair as white as starlight, eyes like amethysts, and the name Shalia.

Fortunately, it was the right name to know.

Shalia was the elves’ goddess, and that made him her herald. If that wasn’t enough of a blessing, he was in a game world, he was high level, he had hundreds of ability points to spend, and the elves were practically throwing themselves at him.

Of course, there was a catch.

Shalia, her followers, and now, Frost himself were viewed by the world as bringers of misfortune and everybody hated them. Although, to be fair, Frost was going to rain misfortune on anybody who attempted to harm his lovable new followers. 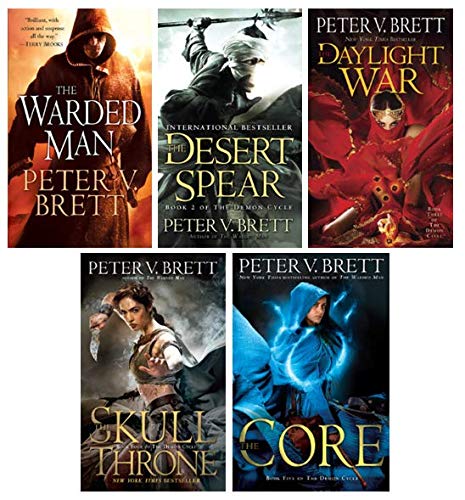 Mankind has ceded the night to the corelings, demons that rise up out of the ground each day at dusk, killing and destroying at will until dawn, when the sun banishes them back to the Core. As darkness falls, the world’s few surviving humans hide behind magical wards, praying the magic can see them through another night. As years pass, the distances between each tiny village seem longer and longer. It seems nothing can harm the corelings, or bring humanity back together.

Born into these isolated hamlets are three children. A Messenger teaches young Arlen that fear, more than the demons, has crippled humanity. Leesha finds her perfect life destroyed by a simple lie and is reduced to gathering herbs for an old woman more fearsome than the demons at night. And Rojer’s life is changed forever when a traveling minstrel comes to his town and plays his fiddle.

But these three children all have something in common. They are all stubborn and know that there is more to the world than what they’ve been told, if only they can risk leaving their safe wards to find it.
eBooks / Magazines / Comics / Audiobooks
0 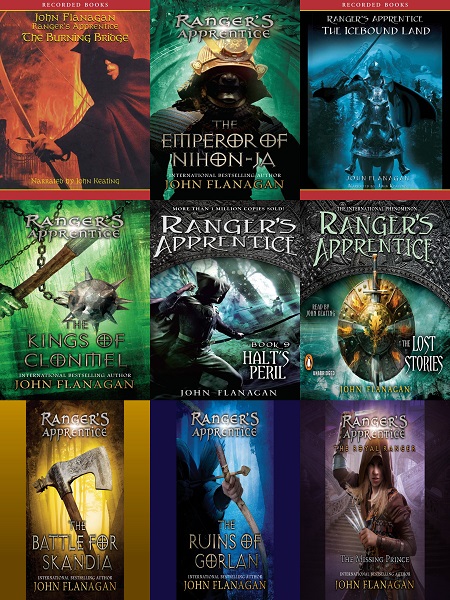 After a senseless tragedy destroys his life, Will is obsessed with punishing those responsible - even if it means leaving the Ranger Corps. His worried friends must find a way to stop him taking such a dark path. It is Halt who suggests the solution: Will must take an apprentice.

The candidate Halt has in mind will surprise everyone - and it will be a request Will cannot refuse. Training a rebellious, unwilling apprentice is hard enough. But when a routine mission uncovers a shocking web of crime, Will must decide where his priorities lie - finishing his quest for revenge, or saving innocent lives?

The final book of the Ranger’s Apprentice series raises the stakes higher than ever. Is Will on his last mission for the Ranger Corps?
eBooks / Magazines / Comics / Audiobooks
0 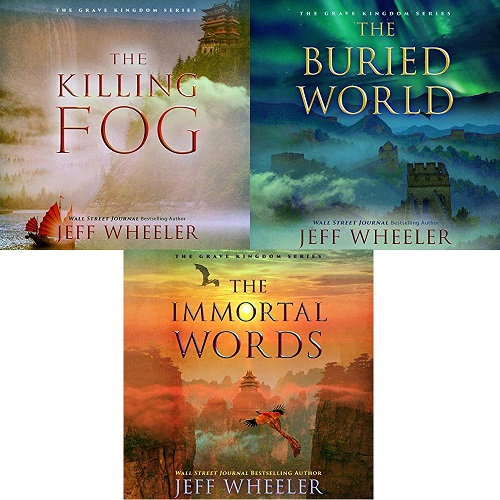 The Wall Street Journal bestselling author of the Kingfountain series conjures an epic, adventurous world of ancient myth and magic as a young woman’s battle with infinite evil begins.

Survivor of a combat school, the orphaned Bingmei belongs to a band of mercenaries employed by a local ruler. Now the nobleman, and collector of rare artifacts, has entrusted Bingmei and the skilled team with a treacherous assignment: brave the wilderness’s dangers to retrieve the treasures of a lost palace buried in a glacier valley. But upsetting its tombs has a price.

Echion, emperor of the Grave Kingdom, ruler of darkness, Dragon of Night, has long been entombed. Now Bingmei has unwittingly awakened him and is answerable to a legendary prophecy. Destroying the dark lord before he reclaims the kingdoms of the living is her inherited mission. Killing Bingmei before she fulfills it is Echion’s.
eBooks / Magazines / Comics / Audiobooks
0 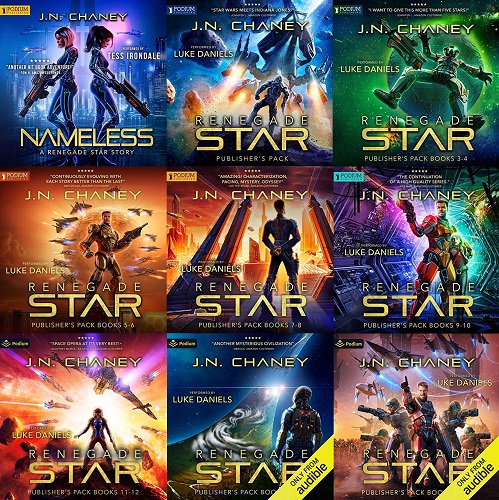 Abigail and Clementine were just a couple of orphans looking for a home.

But when the two girls witness something terrible, they have no choice but to leave their orphanage and go into hiding. The only person willing to take them in is a man named Mulberry, but his home isn't the safest place for two innocent children.

Abigail and Clementine quickly discover that their new caretaker is the head of a guild of assassins, and the two are thrown into a whole new life of danger. To survive, they'll need to adapt to a world they can barely comprehend, all without losing who they are along the way. 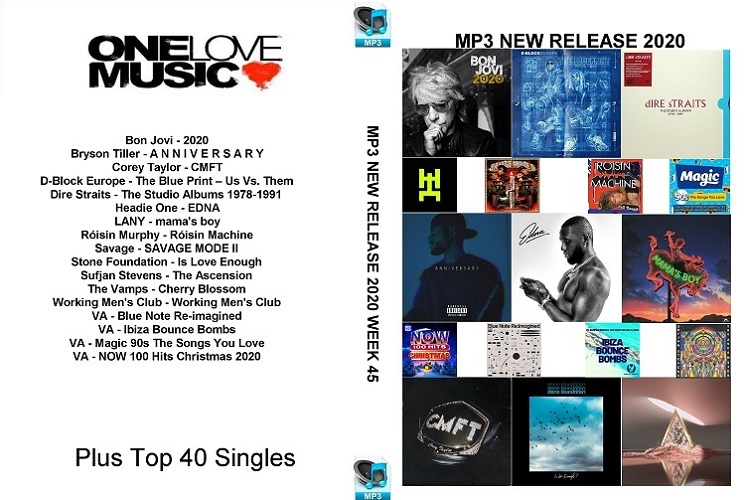 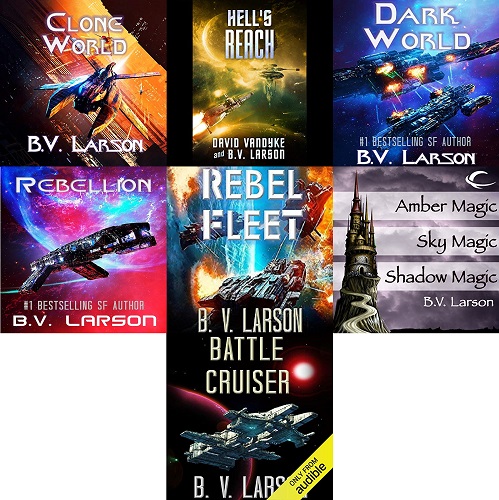 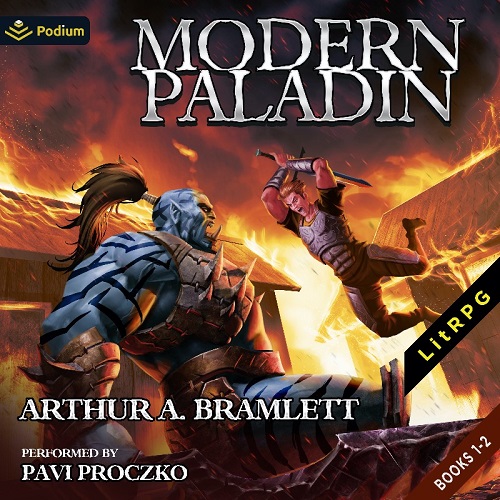 William Shawcro is an ordinary young man, living an ordinary life, when out of nowhere he finds himself in the body of his longtime character, Archaeus. Constrained by a strict Paladin code, he must navigate this shocking new world of magic all the while questioning whether it's just a dream.

After facing frightening conflicts and becoming entangled in this new world's politics, William quickly realizes the life may not be all it's cracked up to be. While he is quite overpowered - having made it to level 20 - brute force can't resolve some situations.... All he can do is keep pushing forward and discover the truth of why he is here and if he can ever return home. Forced to play as a righteous paladin, he'll have to watch his mouth and kill orcs. Lots of orcs.
eBooks / Magazines / Comics / Audiobooks
0 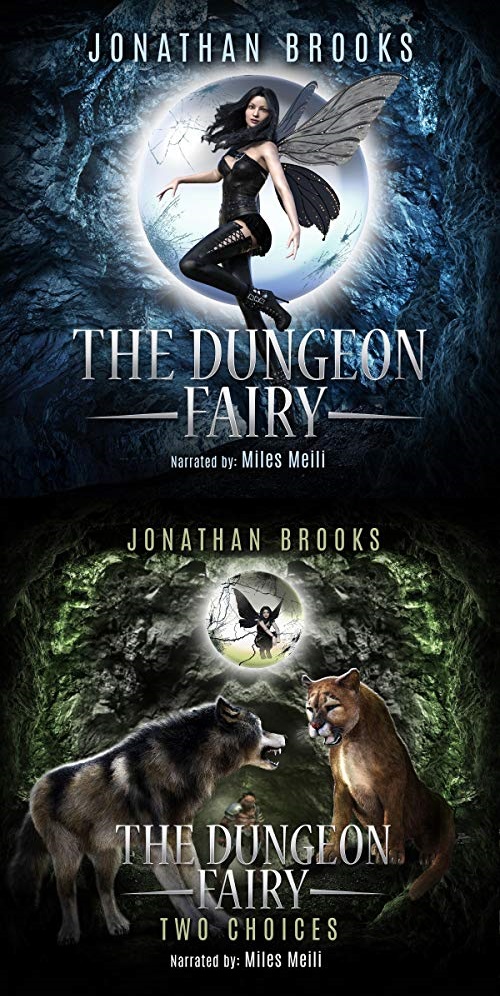 All that Tacca Gloom Lily ever wanted to be since she was very little was a fairy assistant to a Dungeon Core. After her negatively portentous birth, however, she was never fully accepted by her superstitious peers and instructors at the Dungeon Assistant Preparatory School; nevertheless, she persisted in her studies and graduated at the top of her class.

Unfortunately for her, the “hands-on” training she was supposed to receive from a Mentor and his Bonded Dungeon Core didn’t go the way she would’ve hoped. In fact, the stigma attached to her origins finally made itself known in the form of horrendously “bad luck”; the rotten part of her newly discovered luck was that it adversely affected Cores that she happened to be near, and not just herself.

What can a Dungeon Assistant Fairy do when every Dungeon Core she gets near ends up being destroyed? Tacca had no idea, but a solution eventually presents itself - though it’s one that she never saw coming....
eBooks / Magazines / Comics / Audiobooks
0 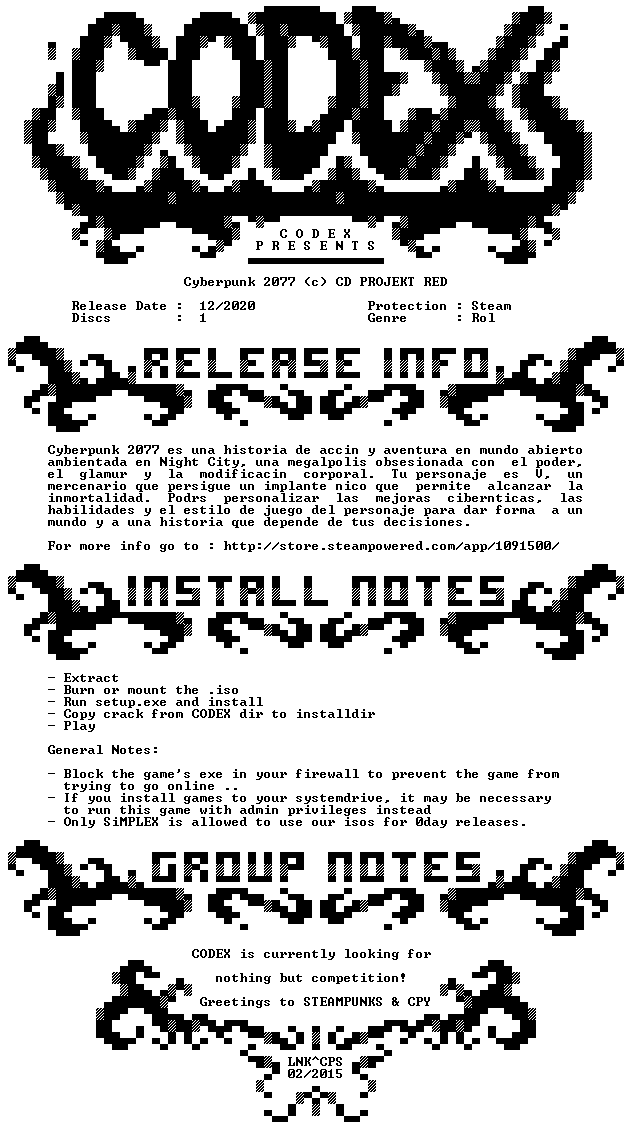 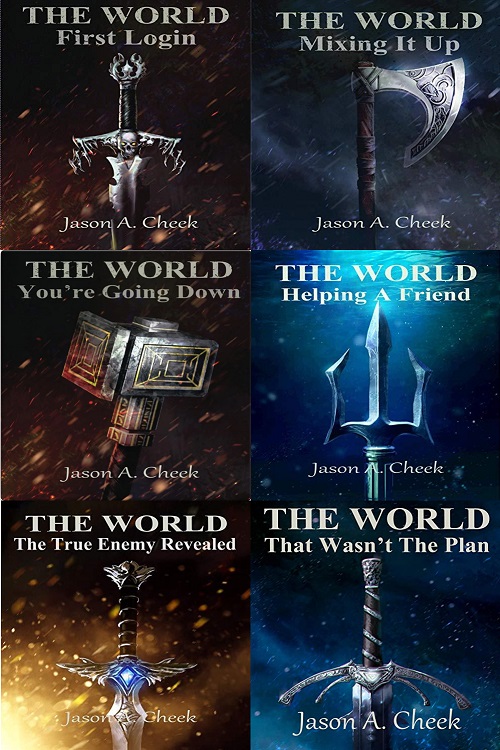 After playing Online together for years, Jason and his friends are excited about the possibilities of the emerging technology of Full-Immersion Virtual Reality, aka FIVR. Preparing for the release of The World, Jason is determined to help his friends realize their dream of becoming pro gamers.

Choosing a 'Nightmare' start to get ahead of the wave of new players starting the game, Jason finds himself alone in the wild tasked with saving a group of refugees from goblin invaders. Although he manages to save the survivors, that's just the beginning of his trials as he desperately fights to bring them back from the edge of annihilation.

Jason is quickly swept up in the adventure as he struggles to build a home for his guildmates and the NPCs that he’s saved. As the trouble heats up, he quickly discovers that marauding goblins are the least of his concerns.

Warning: This is a LitRPG story and contains adult situations, foul language, MMORPG-style violence, and other fun things. Listen at your own risk.
eBooks / Magazines / Comics / Audiobooks
0 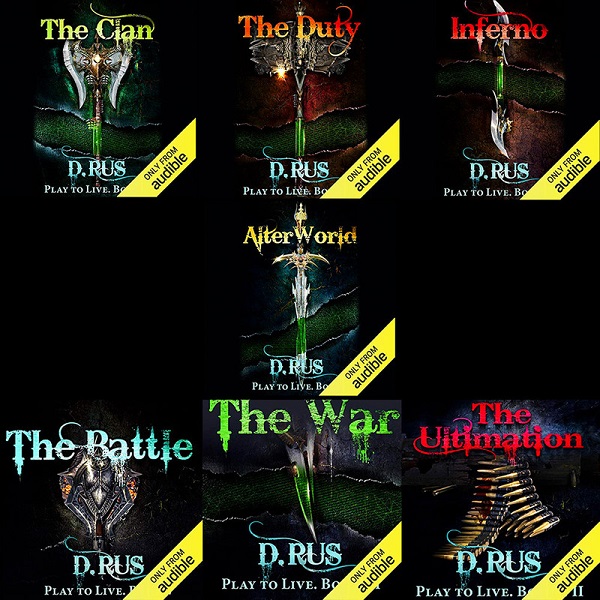 A new pandemic - the perma effect - has taken over Earth of the near future. Whenever you play your favorite online game, beware: your mind might merge with the virtual world and dump its comatose host. Woe be to those stuck forever in Tetris! And still they're the lucky ones compared to those burning alive eternally within the scorched hulls of tank simulators. But some unfortunates - the handicapped and the terminally ill, shell-shocked army vets, wronged crime victims and other society misfits - choose to flee real life willingly, escaping to the limitless world of online sword and sorcery MMORPGs. Once a seasoned gamer and now a terminal cancer patient, Max grasps at this final chance to preserve his life and identity. So he goes for it - goes for the promise of immortality shared with a few trusty friends and the woman he loves. Together they roam the roads of AlterWorld and sample its agony and ecstasy born of absolute freedom.
eBooks / Magazines / Comics / Audiobooks
0 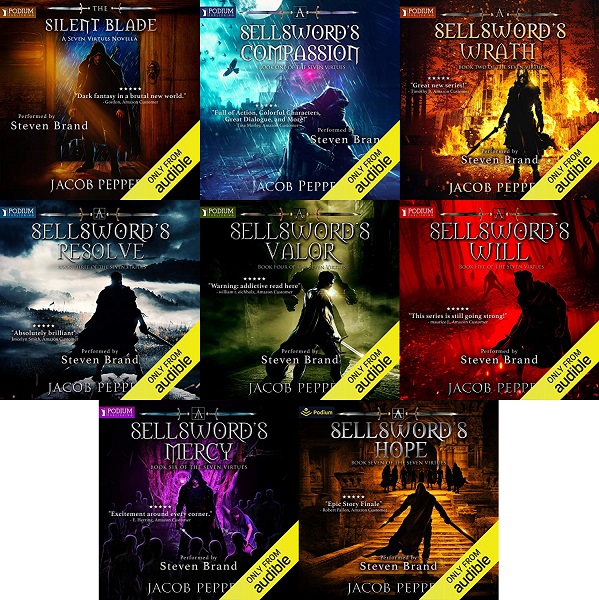 The Downs, the poor district of the city of Avarest, is home to cutthroats and thieves, pickpockets and prostitutes, all of whom pay tribute to one of two powerful crime bosses.

It is also home to Aaron Envelar, a disillusioned sellsword known as the Silent Blade, who cares nothing for the criminal overlords or their schemes, who only wants to survive and make a little coin in the process.

But when a group of unwitting thugs steal his mother’s necklace, the only link he has to his murdered parents, Aaron decides that sometimes gold isn’t enough - sometimes, blood is the only payment worth taking. And whatever else will come, this time, he will not be silent. After all, when you take everything from a man, what else does he have to lose?
eBooks / Magazines / Comics / Audiobooks
0 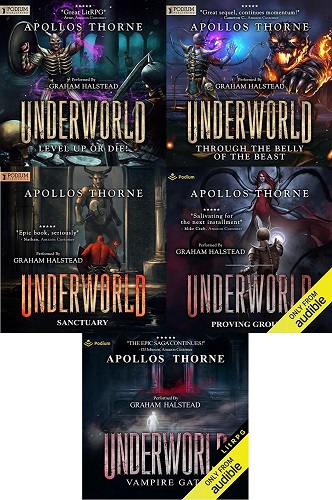 Elorion has just finished a VR gaming session to find a monster waiting for him. With 19 other students who have also been kidnapped, he is now subject to the whims of a thousand year old succubus, and he must survive deep under the Earth in the lost realm of the Underworld.

Gifted with the ability to use magic and advance in power, he is given an ultimatum: Level up or die!
eBooks / Magazines / Comics / Audiobooks
0 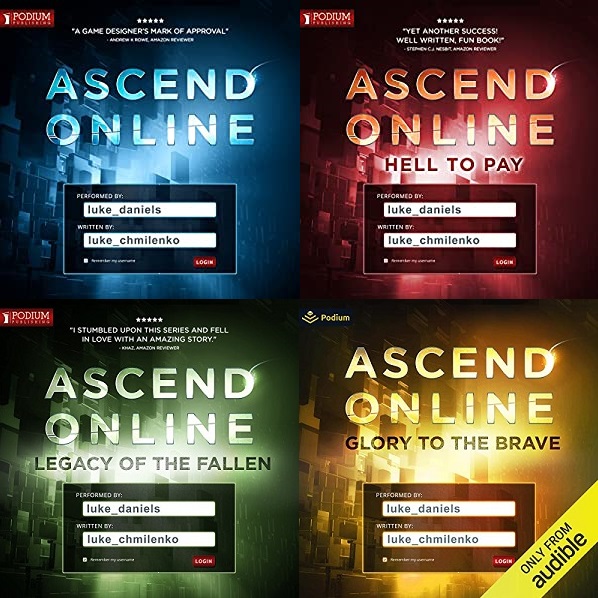 Diving into a revolutionary new video game, Marcus and his friends escape a stagnant society, entering into a world that defies their wildest imaginations. But from the moment that he logs in, Marcus finds himself separated from his friends and thrown into a remote village under attack by a horde of goblins.

Forced into battle, Marcus rallies the beleaguered villagers and, with their help, manages to drive off the invading creatures. With the village in ruins and their supplies spoiled, the survivors desperately turn to Marcus for help in rebuilding the village.

Realizing that this game is nothing like he's ever played before, Marcus is swept up into a whirlwind of adventure as he struggles to defend his new home, quickly finding that marauding goblins are the least of his problems.
eBooks / Magazines / Comics / Audiobooks
0 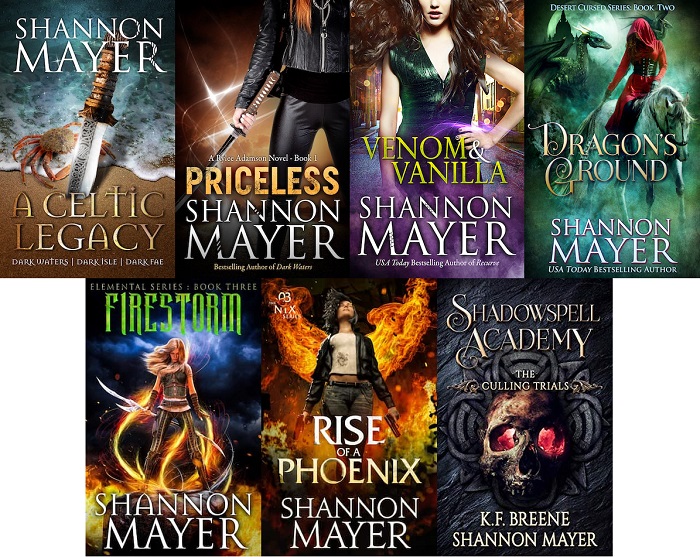 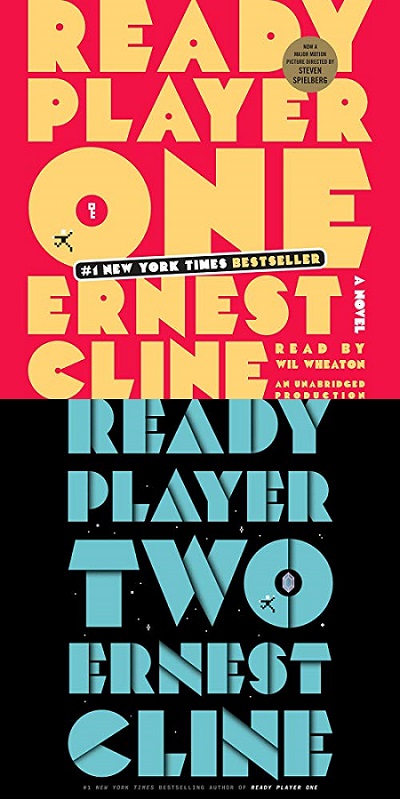 It's the year 2044 and the real world has become an ugly place. We're out of oil. We've wrecked the climate. Famine, poverty and disease are widespread.