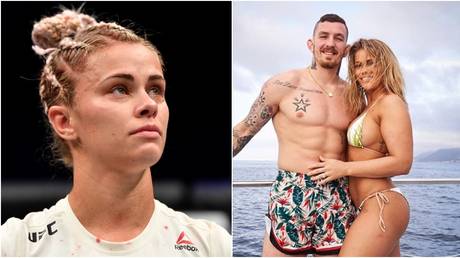 Bellator MMA boss Scott Coker says he will "definitely" be in touch with Paige VanZant over a potential switch to the promotion after the women's star recently completed the last fight on her deal with the UFC.

VanZant, 26, suffered a first-round submission defeat to Amanda Ribas at UFC 251 on Fight Island in Abu Dhabi earlier in July, in what was the last fight on the American's contract with the promotion.

VanZant had said prior to the flyweight bout that she would test the waters as a free agent afterwards, discussing how her earnings from activities outside the octagon – including through Instagram sponsorship and her TV appearances on 'Dancing with the Stars' – saw her bank more money than in an all her nine UFC fights combined.

"I’m really excited to get the opportunity and really test the free agency because how do you know what your value is unless you can go test it among the other sharks?” VanZant said ahead of her showdown with Ribas.

She has since returned home to the US from Abu Dhabi with husband Austin Vanderford, himself a Bellator MMA fighter, vowing that "sun will rise" and she will "try again".


When and where that is remains to be seen – but one man keen on doing business with VanZant is Bellator boss Scott Coker, who is gearing up for the return of his promotion from a Covid-19 hiatus with a series of shows starting on Connecticut on July 24.

When asked by MMA Fighting about a possible move for the popular out-of-contract star, Coker said: “I don’t think we’ve had a business conversation yet.

"We definitely have a relationship with her, her husband and their camp and the management.

“We’ll definitely reach out when she’s back and settled. She’s probably still settling in from the trip. From what I heard, it wasn’t a very fun time over there (in Abu Dhabi).

“We definitely want to have a conversation with her.

“I would say we’re going to do our best to have a serious conversation in the near future.”

Given her the links of her husband Vanderford – who is unbeaten in three fights with the promotion – it would not come as a surprise should VanZant follow him into the promotion.

'12 Gauge' would also be an attractive proposition for the promotion, not least considering her profile as one of the most familiar faces in the women's fight game and Instagram following of 2.6 million.

VanZant stands 8-5 in pro MMA, having fought in all-women's promotion Invicta FC as well as the UFC.