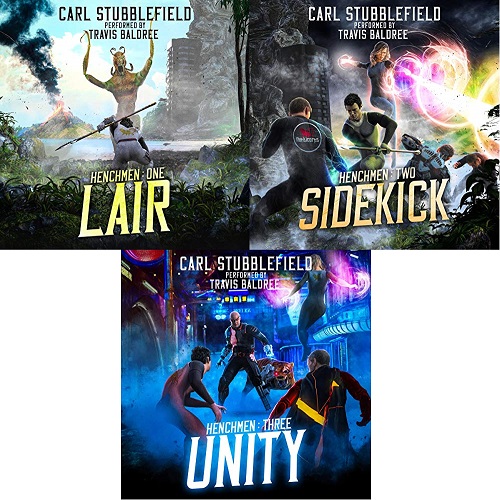 A deserted island. An impregnable fortress. Step up or be stepped on.

Gus is a henchman separated from his friends at his new job, a henchman on an orbiting space base. He's happy with the gig, and has no real delusions of grandeur. Well...small delusions, but he’s seen all too often what happens to minions that get too uppity around their supervillain bosses.

His father had pulled a few strings and landed him a henchman position in hopes he could make something of himself. Before he's barely gotten used to the job, Gus narrowly escapes the base's destruction and is chucked at the planet below. The only reason he survived the fall was a damaged escape pod and the activation of his own latent powers. Marooned on a deserted island and yet somehow being hunted, Gus needs to step up and become the master of his own story.

Gus is a henchman, some would now say a villain, so there’s no chance of a hero coming to his rescue.