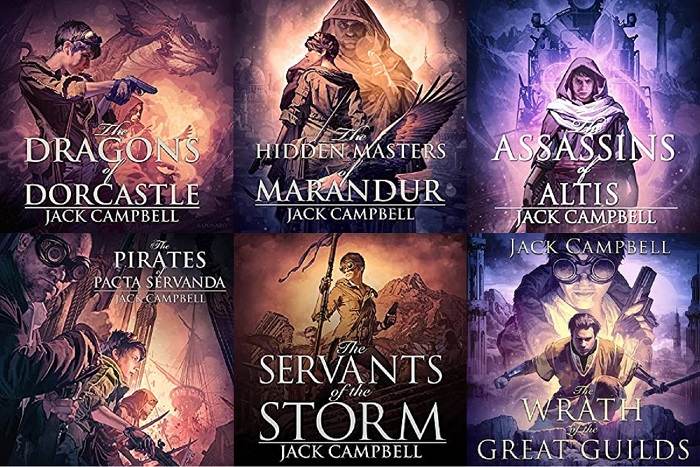 For centuries, the two Great Guilds have controlled the world of Dematr. The Mechanics and the Mages have been bitter rivals, agreeing only on the need to keep the world they rule from changing. But now a Storm approaches, one that could sweep away everything that humans have built. Only one person has any chance of uniting enough of the world behind her to stop the Storm, but the Great Guilds and many others will stop at nothing to defeat her.

Mari is a brilliant young Mechanic, just out of the Guild Halls, where she has spent most of her life learning how to run the steam locomotives and other devices of her Guild. Alain is the youngest Mage ever to learn how to change the world he sees with the power of his mind. Each has been taught that the works of the other's Guild are frauds. But when their caravan is destroyed, they begin to discover how much has been kept from them.

As they survive danger after danger, Alain discovers what Mari doesn’t know – that she was long ago prophesized as the only one who can save their world. When Mari reawakens emotions he had been taught to deny, Alain realizes he must sacrifice everything to save her. Mari, fighting her own feelings, discovers that only together can she and Alain hope to stay alive and overcome the Dragons of Dorcastle.