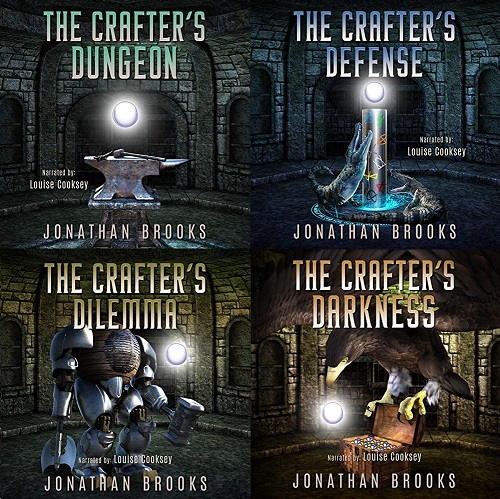 Sandra had been a merchant traveling through the human lands of Muriel, though that wouldn’t have been her chosen profession.

What she would’ve loved to become was a crafter, producing wondrous creations with her own two hands; however, she didn’t want to become a master in just one craft - she was interested in them all.

Unfortunately, Sandra was born with a deformity in her hands that made them appear frozen in a claw-like pose; as a result, she couldn’t grip anything with any sort of strength or dexterity, meaning that she wasn’t able craft anything but the most simple of things that required very little in the way of hand-based manipulation. To top it off, while most people could access and manipulate at least one or two of the basic elemental energies, she could see them all - but was unable to manipulate a single one.

Despite these setbacks, Sandra spent the majority of her 26 years of life visually learning the processes, techniques, and secret formulas for every aspect of crafting she could discover. And it was that pursuit of knowledge that ultimately led to her untimely death.

Reborn in the shape of a tiny Dungeon Core, Sandra learned about the purpose behind dungeons and Cores from an assigned dungeon helper; at the same time, she also discovered that she had much more freedom than most other Dungeon Cores.

The repercussions of her mere existence could end up being far-reaching, but the most important thing she learned had nothing to do with the other Cores, the different races, or even the real purpose behind her being brought back to life as a strange glowing gem. Sandra didn’t care about any of that, though - all she cared about was that she could finally do some crafting.

This Dungeon Core story contains LitRPG/GameLit elements such as statistics and leveling and a heavy crafting emphasis. No profanity and no harems.