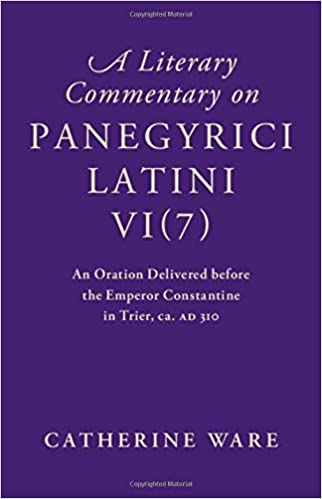 The oration presented in this volume is critical to our knowledge of Constantine's early career and covers Maximian's rebellion, Constantine's claim of descent from Claudius II and his vision of Apollo. Written in AD 310, two years before Constantine's capture of Rome and his acceptance of Christianity, the speech gives a unique insight into the evolution of an imperial persona. This commentary examines the literary context of the panegyric and the role of the classical literary and rhetorical tradition in the recreation of Constantine's image. From the outset, the orator praises Constantine as separate from the imperial college: a deus praesens, god manifest, to the people of Gaul. He uses Lucan and Caesar to link Maximian's bid for power with the civil war between Caesar and Pompey while Vergilian allusion associates Constantine with Augustus.
DOWNLOAD
(Buy premium account for maximum speed and resuming ability)
https://nitroflare.com/view/6149A9BCF1EE31E/3zj71.A.Literary.Commentary.on.Panegyrici.Latini.VI.pdf