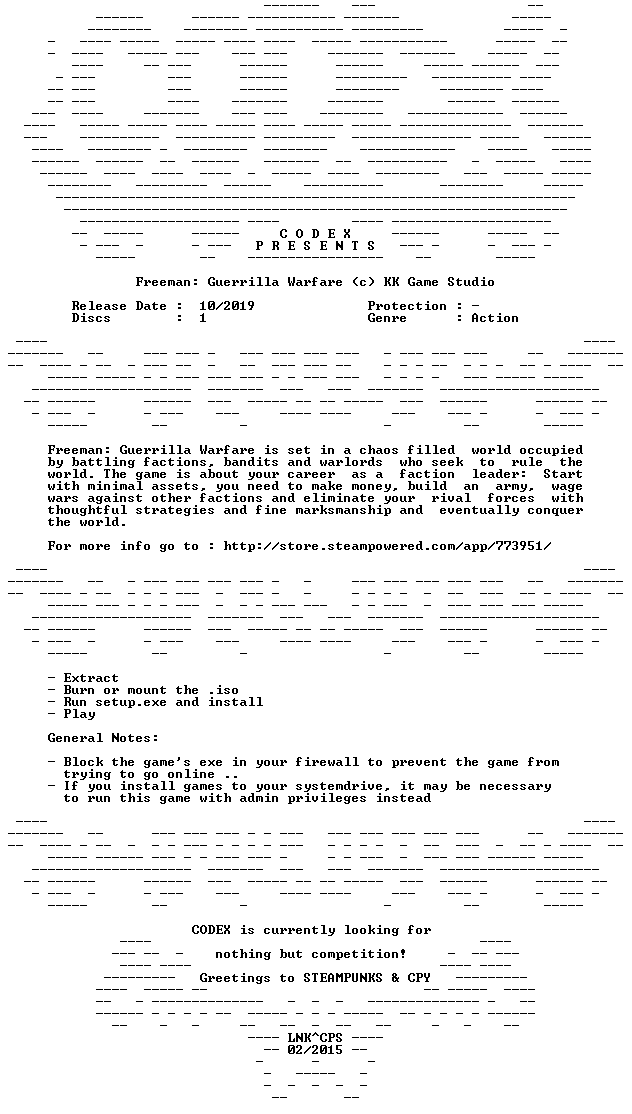 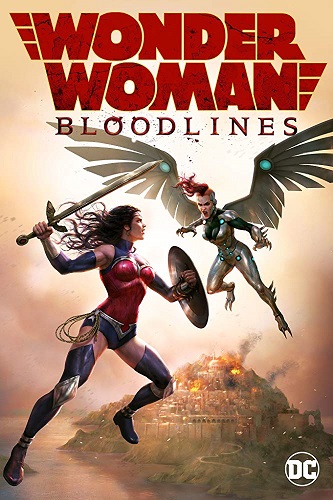 Plot Wonder Woman: Bloodlines is a movie starring Marie Avgeropoulos, Kimberly Brooks, and Ray Chase. The plot is unknown. This is the first DC animated film to feature the character in a starring role since Wonder Woman (2009).
Movies
0 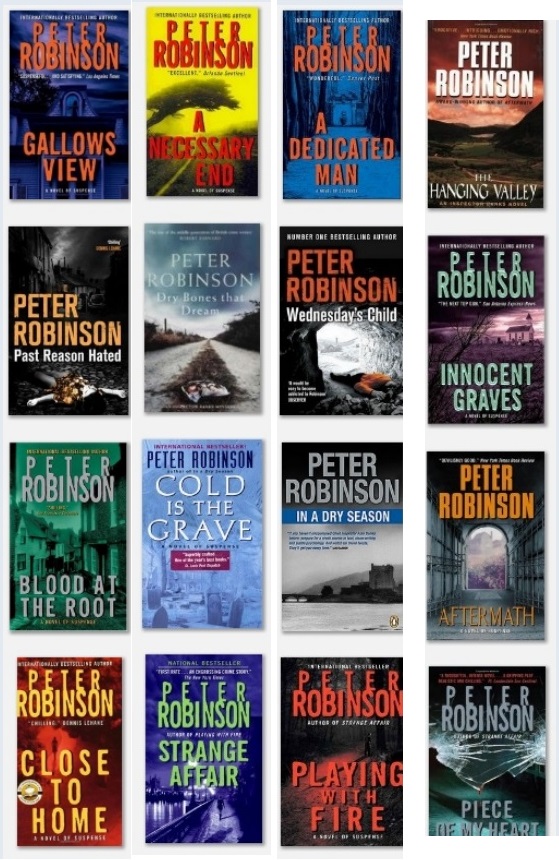 World champion boxer Ewa Brodnicka turned heads when she planted a kiss on the lips of opponent Edith Soledad Matthysse - who retaliated with a slap - during the weigh-in, and their animosity continued into the ring on Friday.

The 10-round fight was won by unanimous decision by the still undefeated Brodnicka, but the action in the ring didn't quite live up to the fireworks beforehand, as the bout was marred somewhat by repeated instances of clinching.

The fight was clearly a frustrating one for Matthysse, who flipped her middle finger once the official decision was announced. She also mimed a kiss at Brodnicka at one point towards the end of the fight.

The fight had garnered significant interest online after a viral exchange between the two boxers at the weigh-ins as Brodnicka raised the tension by planting a kiss on her opponent's lips, before she was met with the immediate riposte courtesy of the Argentine's swinging arm.

The clip immediately went viral online, most likely down to the kiss itself and Brodnicka's skimpy outfit which accompanied it, but it is perhaps a safe bet that the fight itself won't live so long in the memory. 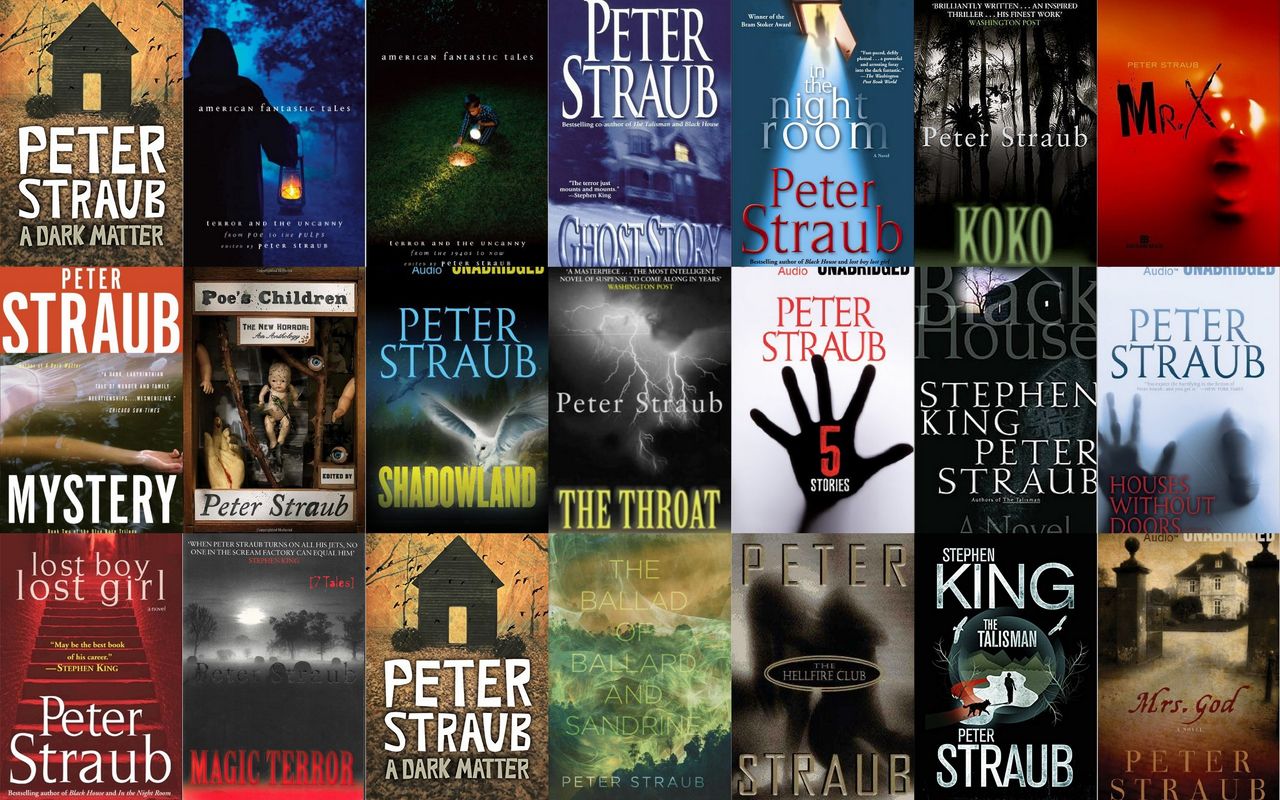 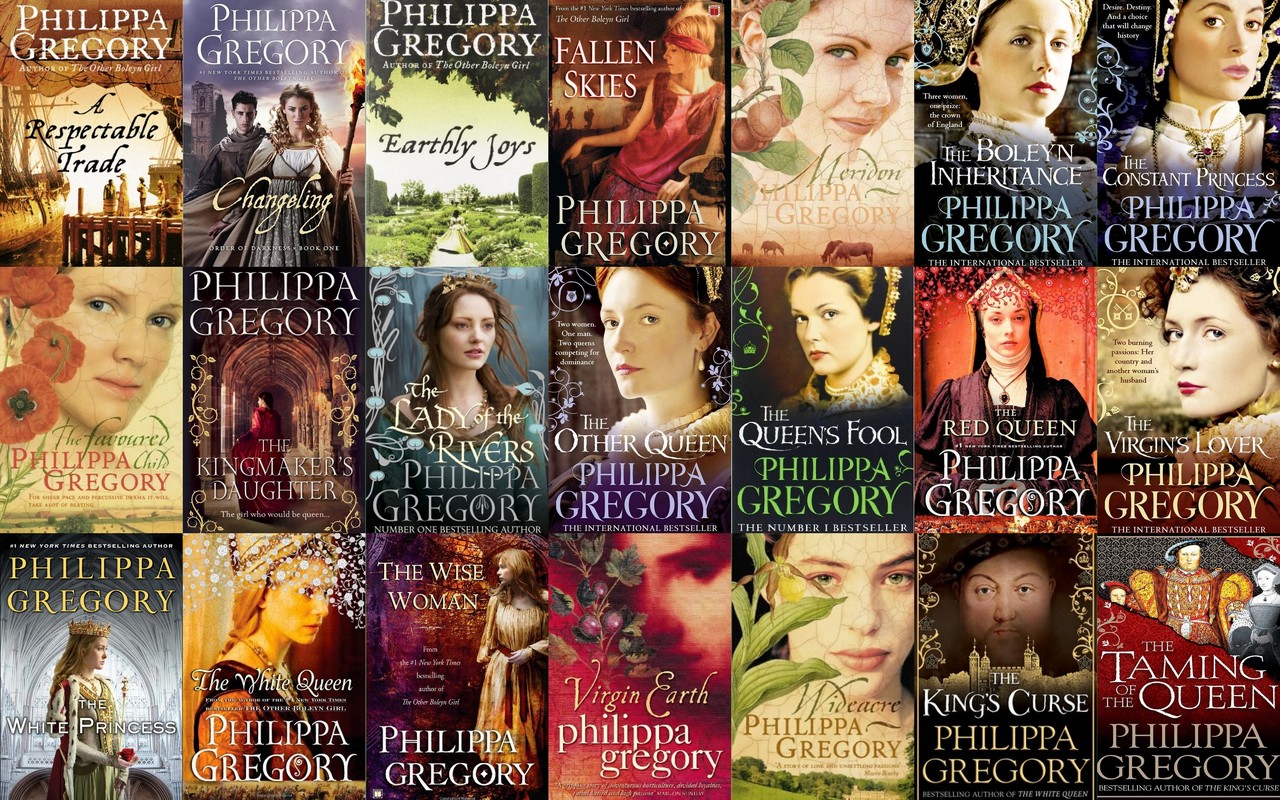 Residents of San Francisco and the Bay Area were shaken from their sleep by a 3.9-magnitude earthquake. Luckily, this time the quake triggered only memes and videos from rudely awoken San Franciscans.

The tremor struck just 6km (3.7 miles) off the coast of Colma, just south of San Francisco, on Saturday morning, according to the US Geological Service. An earthquake of this magnitude is strong enough to cause minor damage, but typically results in only shaking and rattling of objects indoors.


I am so mad right now all I wanted was my Mac and cheese but this damn #earthquake ruined everything I can never be happy in life pic.twitter.com/ilIqxwT4Pi


Good morning San Francisco... Who else can't go back to sleep after that little #earthquake?#earthquakesCA #EarthquakeSanFrancisco pic.twitter.com/OLa7Rfxzag

It’s not just the living that were disturbed from their sleep. Colma, the town closest to the epicenter, is home to more than 1.5 million dead bodies. Founded as a necropolis in 1924, the dead outnumber the living in Colma by nearly a thousand to one.

"It can only be the dead rising and the zombie apocalypse starting,” one commenter joked. Another referred to the quake as “a real bone shaker.”

Though Saturday’s quake was relatively minor, California has been hit with a bevy of similar tremors in recent days. At least five quakes registering between 2 and 2.9 magnitude struck the Bay Area on Tuesday, and eight quakes of magnitude 3.0 and higher were recorded further inland near Ridgecrest.

According to some scientists, the San Andreas fault, which passes through San Francisco, is overdue a shake-up. The most devastating earthquake along the fault occurred in 1906 in San Francisco. At least 3,000 people died in the estimated magnitude 7.8 quake and subsequent fires. 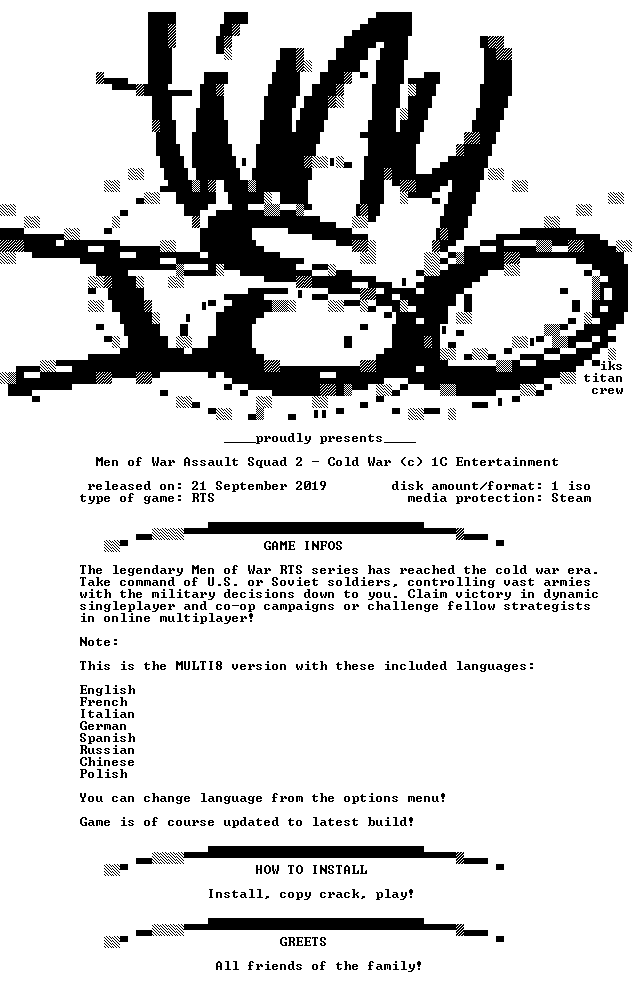 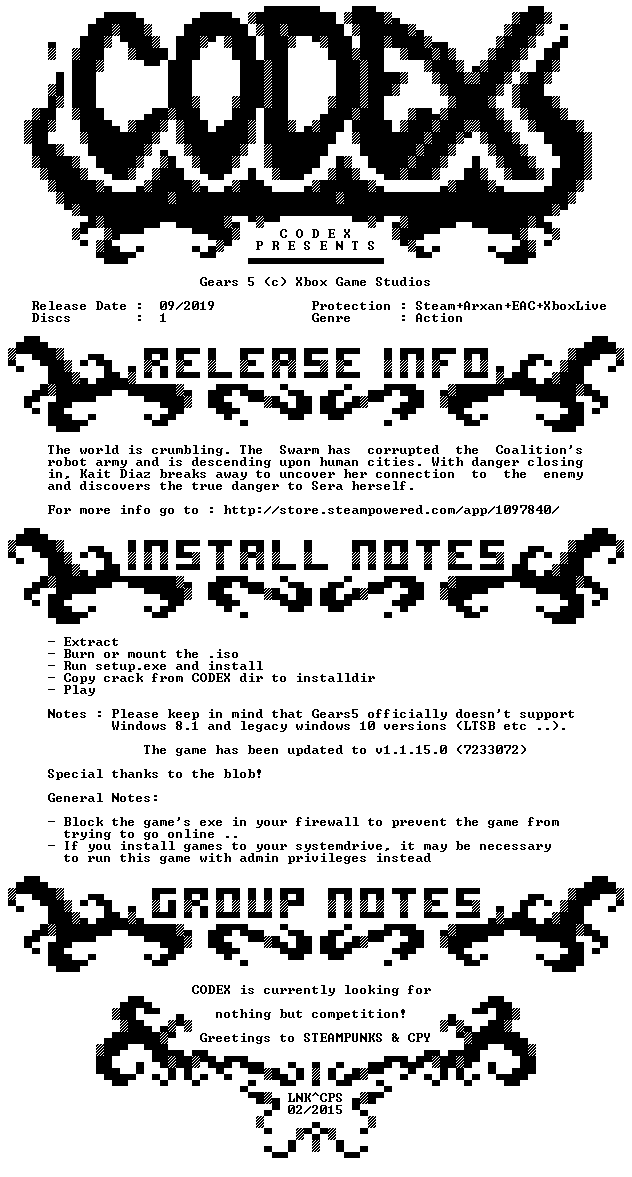 Two-time Olympic champion Claressa Shields will be made to wait to add another world title to her collection as her fight with Ivana Habazin was called off after the Croat's coach was 'sucker punched' at Friday's weigh-in.

Habazin says that her trainer, 71-year-old James Ali Bashir, will require "facial reconstruction surgery" following the incident after he was punched in the neck from behind by a member of Shields' entourage, she claims.

The WBC called off the bout in the wake of the alleged attack which was slated to be for the organization's vacant light-middleweight world title.

The Clarissa Shields vs. Ivana Hazabin bout has BEEN CANCELLED after Hazabin' trainer Bashir Ali was carried away on a stretcher after being sucker punched. It has been rumored to be someone in the corner of Shields who hit the trainer.#shieldshazabin #boxing pic.twitter.com/OXeTx6xYJ9

Addressing the incident in a Facebook post, Habazin laid the blame squarely on Shields and her team and the promoters of the fight.

"Clarissa and her team are classless," she wrote. "Bashir was taken to a local hospital and has now been moved to Henry Ford Hospital because delicate facial reconstruction surgery must be performed.

"I want to say that security was nowhere to be found," Hazabin continued. "Club shows are run better than this organisation.

"During the pre weigh-in my coach wanted to look at Claressa's weight and her sister and Bashir exchanged words. Her family and friends should have never been allowed on the stage."

She added that Bashir was attacked from behind, which made him fall forward while unconscious and hit his head on the ground after which the assailant quickly escaped and ran from the building. Bashir is a veteran boxing trainer and has worked with the likes of Wladimir Klitschko in the past.

Shields expressed regret in a video shortly after the incident but questioned why Habazin didn't want the fight to go ahead as planned.

"Claressa showed concern for my coach and she said she is sorry," Habazin said. "But, then she called me out saying that I can't be looking for excuses and that I can take another coach. Seriously?"

Meanwhile, the WBC have vigorously condemned the attack saying that it "condemns any act of violence in any event related to our sport" and that they will investigate if any disciplinary action is required.

"The WBC is certain that the corresponding authorities will apply the full extent to the law to this regrettable incident. The WBC will monitor the investigation and resolution of the case, and will then determine if an actionable WBC violation of any WBC rule, regulation or code of ethics took place." 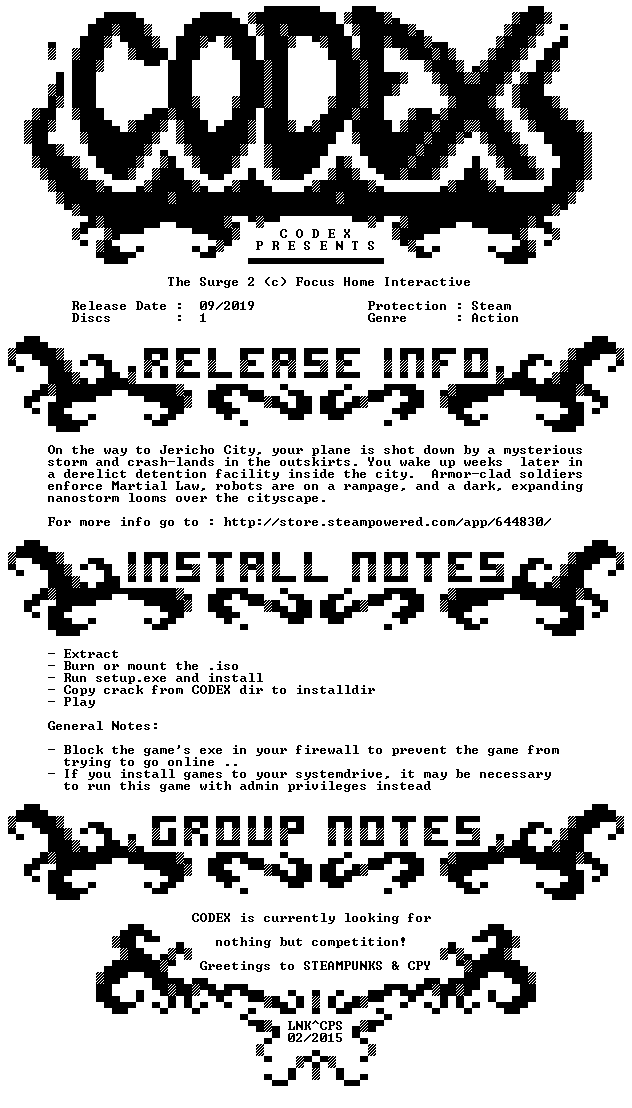 Russia has joined the air-taxi craze after scientists from SiberiaвЂ™s largest city, Novosibirsk, were tasked with developing what may become the countryвЂ™s first flying car within the next four years.

A special laboratory was established at the Siberian Aeronautical Research Institute in order to create “a full-scale demonstration model of an ultrashort takeoff and landing transport drone with hybrid propulsion (a flying car),” the Foundation for Advanced Research Projects announced.

If everything goes to plan, the model will be designed and fully tested in a wind tunnel as well as in the air and on the ground until 2023. The vehicle is expected to be able to cover a distance of more than 1,000km by air, while moving at a speed of over 300kph. The drone will require a 50-meter landing pad in order to operate.

Flying cars are now being actively developed around the globe as a means of avoiding traffic on the ground and reducing pollution.

It is yet to be seen who will win the race to produce the first Russian flying car. In August, a state-run project, AeroNet, in which renowned aircraft manufacturers such as Sukhoi and Ilyushin are taking part, promised to launch an experimental model of its own aerial drone taxi in 2025.