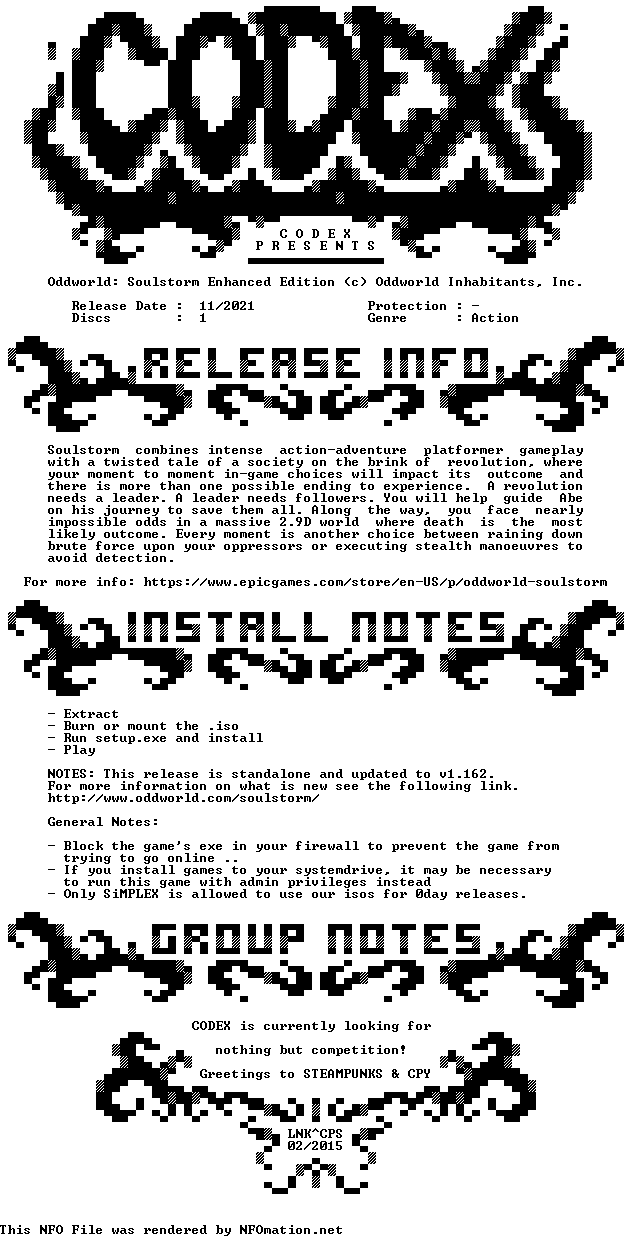 Roshar is a world of stone and storms. Uncanny tempests of incredible power sweep across the rocky terrain so frequently that they have shaped ecology and civilization alike. Animals hide in shells, trees pull in branches, and grass retracts into the soilless ground. Cities are built only where the topography offers shelter.

It has been centuries since the fall of the 10 consecrated orders known as the Knights Radiant, but their Shardblades and Shardplate remain: mystical swords and suits of armor that transform ordinary men into near-invincible warriors. Men trade kingdoms for Shardblades. Wars were fought for them and won by them.

One such war rages on a ruined landscape called the Shattered Plains. There, Kaladin, who traded his medical apprenticeship for a spear to protect his little brother, has been reduced to slavery. In a war that makes no sense, where 10 armies fight separately against a single foe, he struggles to save his men and to fathom the leaders who consider them expendable.
eBooks / Magazines / Comics / Audiobooks
0

Plot Documentary about the music group The Beatles featuring in-studio footage that was shot in early 1969 for the 1970 feature film 'Let It Be.'
TV Shows / TV Packs
0

Plot A ragtag crew of bounty hunters chases down the galaxy's most dangerous criminals. They'll save the world - for the right price.
TV Shows / TV Packs
0

A new anthology celebrating the witches and sorcerers of epic fantasy - featuring stories by George R. R. Martin, Scott Lynch, Megan Lindholm, and many others!

Hot on the heels of Gardner Dozois’s acclaimed anthology The Book of Swords comes this companion volume devoted to magic. How could it be otherwise? For every Frodo, there is a Gandalf…and a Saruman. For every Dorothy, a Glinda…and a Wicked Witch of the West. What would Harry Potter be without Albus Dumbledore…and Severus Snape? Figures of wisdom and power, possessing arcane, often forbidden knowledge, wizards and sorcerers are shaped - or misshaped - by the potent magic they seek to wield. Yet though their abilities may be godlike, these men and women remain human - some might say all too human. Such is their curse. And their glory.
eBooks / Magazines / Comics / Audiobooks
0

Our future. Noncitizens and individuals of low social standing can only find work in one place: the virtual world of Disgardium. And that might mean mining ore; it could just as well mean cleaning pigsties or washing dishes in a tavern, but that's about as glamorous as it gets.
Fifteen-year-old schoolboy Alex has dreams of working as a space guide. All he can think about is the stars, but life gets in the way, and now his only path to achieving that goal is through the game.
eBooks / Magazines / Comics / Audiobooks
0

Taking place in both our past and our future, this epic fantasy traces the saga of a young man destined to face the Evil One—and tells the story of an entire world’s struggle with war and change, destruction and hope.

Spanning multiple eras and generations, the Wheel of Time focuses on the final confrontation between a great hero known as the Dragon and an evil entity known as the Dark One. Battles between the Dragon and the Dark One are part of a cycle that’s been repeated countless times, age after age, as the Dragon is continuously reborn. In the Third Age, the Age of Prophecy in which the novels take place, they are preordained to face off in the Last Battle to determine the fate of the world. Enter Rand al’Thor. A humble farmer’s son, he lives a quiet life—until a pair of mysterious travelers arrive in his small village. Soon, he’ll discover his ability to wield magical powers long forbidden to men, throwing his life and lives all around him into turmoil. Over the course of the series, Rand al’Thor will embark on a great hunt for the legendary Horn of Valere; brave savage attacks by Trollocs, towering half-men, half-beasts; confront unspeakable dangers waiting in the shadows and in the light; and embrace his destiny as the Dragon Reborn. “Complex plotting, an array of strong characters, lavish detail, and a panoramic scope make this series a feast for fantasy aficionados," declares Library Journal. The New York Times proclaims: "Jordan has come to dominate the world that Tolkien began to reveal,".
eBooks / Magazines / Comics / Audiobooks
0

In the Celestial Empire, a land ruled by Immortals and stalked by Spirits and Beasts, a young girl from the slums of an unimportant city is found to have the Talent that may allow her to become an Immortal herself.

Sent to the storied Argent Peak Sect to harness her talent, she must work desperately to catch up to peers who have been preparing to walk the Way for years. The Sect grants new students only three months to prepare and grow before the true challenges begin and the disciples are freed to battle each other for resources and strength.
eBooks / Magazines / Comics / Audiobooks
0

An unforgiving world that weeds out the weak.

A secret that will bring the Gods to their knees.

James has no idea why he was ripped from his life as a paramedic and transported to a strange new world with rules like those of a video game. But he knows he has to adapt quickly, as ending up in a spider’s belly was never high on his to-do list.

With only a vague quest, a mysterious brand, and promises of help from a cantankerous old lady to guide him, James must level up into the warrior this strange, yet beautiful world so desperately needs. New allies join him on his journey, as they venture to the Dwarven City high in the Crimson Mountains in pursuit of the first clue.
eBooks / Magazines / Comics / Audiobooks
0

Despite his youth, Declan Idrys knows of the evils of the world. He knows of the bastards and brigands who plague the King's lands, of the monsters skulking in the wooded depths of the realm. Together with his companion, Ryn - a beast of rather peculiar talent - he has spent the last decade of his life beneath the bloody banners of a half-dozen mercenary guilds, hunting precisely such festering wickedness within the borders of Viridian.
eBooks / Magazines / Comics / Audiobooks
0

Zac was alone in the middle of the forest when the world changed....

The whole planet was introduced to the multiverse by an unfeeling System...or God. A universe where an endless number of races and civilizations fought for power and dominion.

Zac finds himself stuck in the wilderness surrounded by deadly beasts, demons, and worse. Alone, lost and without answers, he must find the means to survive and get stronger in this new cut-throat reality.

With only a hatchet for his weapon, he'll have to seek out his family before the world collapses...or die trying.
eBooks / Magazines / Comics / Audiobooks
0

An epic LitRPG adventure in one complete set. It's perfect for fans of Travis Bagwell, Carrie Summers, Outspan Foster.

A broke gamer. A deadly online world. Can Dahlia level up fast enough to keep the debt collectors at bay?

Dahlia has to pay off her dead father’s bills or risk her life in the lithium mines. Which...no thank you. Besides, the world is run by tech, and this gamer girl is determined to explore the virtual world her father was so obsessed with - and get rich while she’s at it.
eBooks / Magazines / Comics / Audiobooks
0

An inn is a place to rest, a place to talk and share stories, a place to find adventure, or a starting ground for quests and legends.

It is in this world, at least. To Erin Solstice, an inn seems like a medieval relic from the past. But here she is, running from Goblins and trying to survive in a world full of monsters and magic. She’d be more excited about all of this if everything wasn’t trying to kill her. But an inn is what she’s found, and so that’s what she becomes; an innkeeper, who serves drinks to heroes and monsters.

Kvothe is an adventurer, a musician and a magically gifted young man who grows to be the most notorious wizard his world has ever seen.

In a series of semi-autobiographical tales that offers a unique take on fantasy literature, our hero encounters sorrow, survival and a search for his purpose in the universe.

Taking on the monumental task of portraying Kvothe in the audiobooks is voice artist Nick Podehl. He plays the role with aplomb, with an effortless yet immersive style that draws you into the narrative and the various realms and adversaries encountered by our protagonist.
eBooks / Magazines / Comics / Audiobooks
0

Raised and trained in seclusion at a secret fortress on the edge of the northern wilds of the Kingdom of Ashai, a young warrior called Rezkin is unexpectedly thrust into the outworld when a terrible battle destroys all that he knows. With no understanding of his life’s purpose and armed with masterful weapons mysteriously bestowed upon him by a dead king, Rezkin must travel across Ashai to find the one man who may hold the clues to his very existence.
eBooks / Magazines / Comics / Audiobooks
0

Five years ago Corin Cadence's brother entered the Serpent Spire - a colossal tower with ever-shifting rooms, traps, and monsters. Those who survive the spire's trials return home with an attunement: a mark granting the bearer magical powers. According to legend, those few who reach the top of the tower will be granted a boon by the spire's goddess.
eBooks / Magazines / Comics / Audiobooks
0 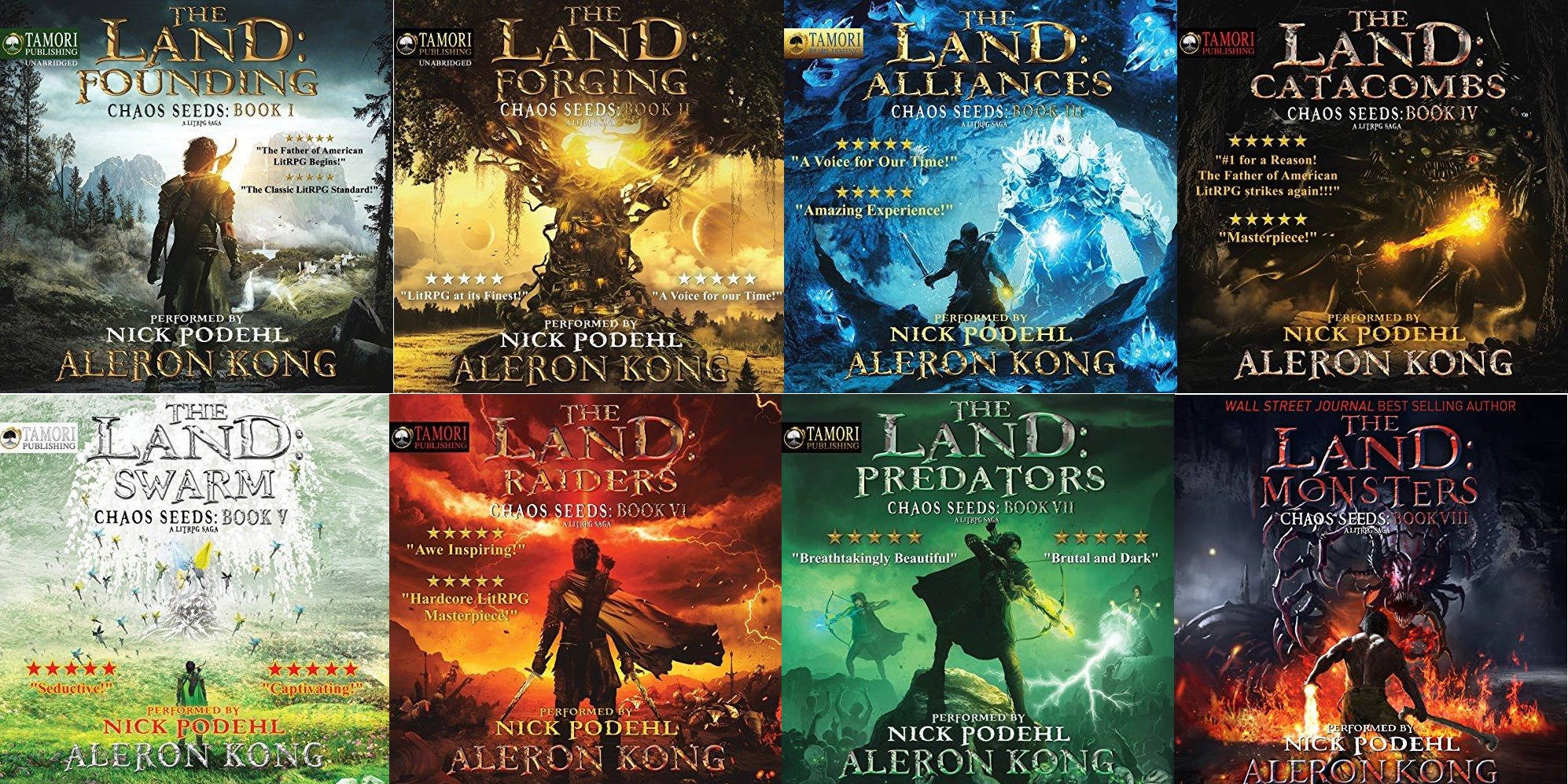 Discover Dr. Aleron Kong, the Father of American LitRPG! Number one in cyberpunk and video game science fiction! Over 1700 positive reviews on Goodreads!